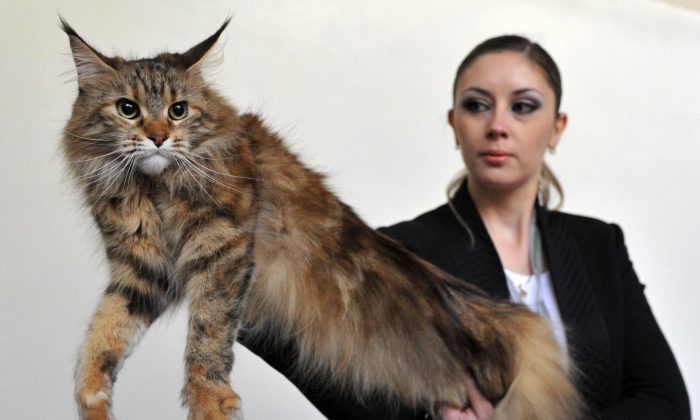 A gigantic pet cat was mistaken for a wild animal, scaring the owner’s neighbors repeatedly, in San Jose, California.

The gigantic cat weighs in at 27 pounds and consumes a pound of meat a day.

Animal Control has been called to collect the Maine Coon cat, Spock, by neighbors or other people driving by who see him in the window and mistake him for a feral creature.

This is a BIG CAT! #mrspock the cat is confused for a wild animal all the time! pic.twitter.com/icZdmfMQ6f

“I know Colleen has been approached on several occasions with people making a claim that she’s got a wild animal in here,” neighbor Terry Reilly told KGO.

Colleen Pizarev says that taking care of Spock takes a lot of work, since he hates to be alone and only falls asleep after watching YouTube videos.

“It’s a lot like having a toddler in the house. We have to Spock-proof the house,” Pizarev said.

Someone else understands life with a 25lb cat! https://t.co/9xHLckVD6h (It is like having a toddler,…)