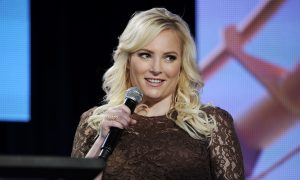 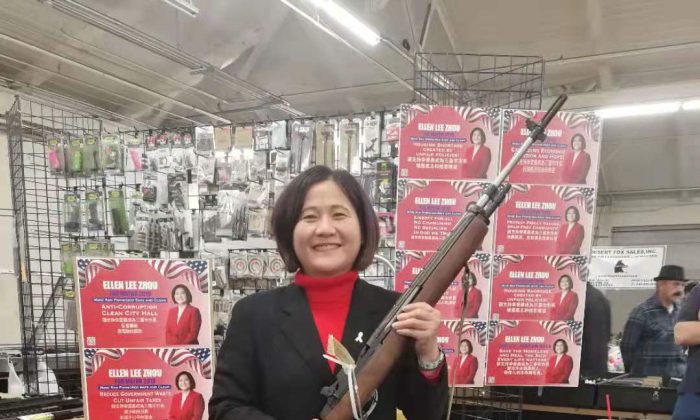 SAN FRANCISCO—After the San Francisco Board of Supervisors passed a resolution on Sept. 3 labeling the National Rifle Association a domestic terrorist organization, the board received a backlash from some California political and grassroots leaders.

“To declare the National Rifle Association (NRA) as a ‘domestic terrorist organization’ is insane! I am an NRA member and I am not a terrorist!” stated San Francisco mayoral candidate Ellen Lee Zhou in a press release.

The city’s special mayoral election will be held this November. Zhou is running as a Republican.

“SF is the self-declared capitol of Antifa!” Zhou stated in the press release. “San Francisco should declare Antifa is a domestic terrorist group instead [of] those who enforce the U.S. Constitution! Calling five million NRA American patriots as terrorists is out of order.”

Zhou, a Chinese American, is a social worker and a current employee of the city. She first ran for mayor in 2018 but wasn’t successful.

Zhou criticized the supervisors, saying that they spent time on the resolution while ignoring the challenges facing the city.

As a city social worker, she noted that the city has about 900,000 residents, a $12.3 billion budget per year, and almost 32,000 government employees; but it has 21,000 homeless people suffering and dying on the streets.

She also said the city has 25,000 drug abusers, and the city government uses taxpayers’ money to provide free needles to the drug users. The city gives out 5 million free needles a year.

Paul Preston, president of the New California state movement, said: “I find that the hypocrisy of San Francisco supervisors is just outrageous. Here they are condemning an organization that protects our constitutional rights, while at the same time they encourage people to openly defecate, urinate, and use needles on the street.”

“They failed to protect our Constitutional rights that they have sworn their oath to protect, [including] to preserve a republican form of government, to protect us from the invasions by illegal foreign nationals; and at the same time they fail to protect us from vicious criminals.”

Preston commented that the resolution “is again one more attack on our God-given rights and our Constitutional rights.”

New California is a movement to form a new state by breaking away most of the rural areas of the state from liberal cities, such as San Francisco. Preston said that actions like the anti-NRA resolution are exactly the reasons that a new California state becomes the pre-destination for the people fleeing San Francisco.

The San Francisco resolution gives a list of reasons for the terrorist label—there are more than 36,000 deaths and 100,000 injuries related to gun violence each year in the nation; approximately 100 Americans are killed with guns each day; there was a mass shooting in Gilroy, California, on July 28; and there has been more than one mass shooting per day in the United States in 2019.

According to Mass Shooting Tracker (MST), mass shootings are episodes in which four or more people are shot in a single shooting spree, including the gunman himself or civilians shot by police around the gunman.

The San Francisco resolution states: “The National Rifle Association through its advocacy has armed those individuals who would and have committed acts of terrorism.”

The resolution also states, “All countries have violent and hateful people, but only in America do we give them ready access to assault weapons and large-capacity magazines thanks, in large part, to the National Rifle Association’s influence.”

According to a report from The New York Times, the NRA viewed the resolution as a publicity stunt.

“This is just another worthless and disgusting ‘soundbite remedy’ to the violence epidemic gripping our nation,” NRA spokeswoman Amy Hunter said in a statement. “This is a reckless assault on a law-abiding organization, its members, and the freedoms they all stand for. We remain undeterred—guided by our values and belief in those who want to find real solutions to gun violence.”

The San Francisco resolution stated, “The City and County of San Francisco should take every reasonable step to limit those entities who do business with this domestic terrorist organization.”

Zhou asked The Epoch Times: “Am I labeled a terrorist now? If so, am I still qualified as a candidate running for the mayor? And also, how about the police officers and the law enforcement officers who are the members of NRA?”

“The NRA represents a way to protect oneself if attacked giving the gun owner fear-relief. They can take care of themselves and not worry the police not showing up. A citizen on the street can help stop crimes when it comes to terrorize a quiet neighborhood,” said Paul Taylor, a 2018 California Senate candidate.

Konstantinos Roditis, who was one of the two candidates for state controller in the 2018 California midterm election in November 2018, wrote to The Epoch Times after learning about the resolution: “Supervisor Stefani claims, ‘The NRA exists to spread disinformation and knowingly puts guns in the hands of those who would harm and terrorize us.’ The NRA has never sold one gun. They are an advocacy group for the 2nd Amendment rights. Politicians like Stefani are the ones spreading disinformation. So the question is: is she ignorant on the NRA and the 2nd Amendment, or just a liar?”