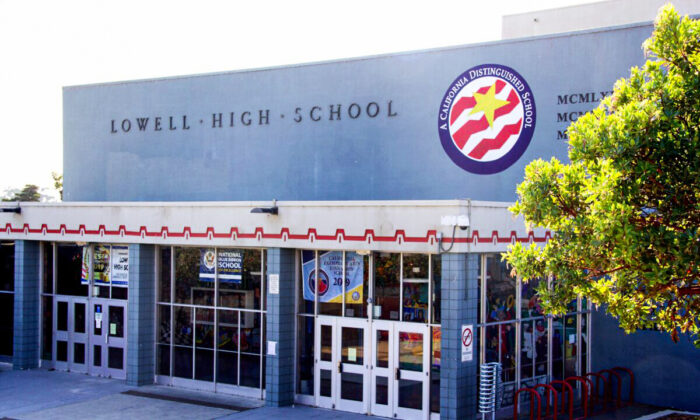 Mess with people’s kids and you’re in a world of hurt. That message is spreading all over the country. It was a key to the victory of Gov. Glenn Youngkin last November in Virginia. It’s even happening in San Francisco, where this week, voters recalled three left-wing members of the school board, Alison Collins, Faauuga Moliga, and Gabriela Lopez. The recall vote was 72 percent or higher for each candidate.

Even in the most liberal city in the country, parents and other voters just got fed up with the nuttiness: dumbing down admissions at Lowell High School, the city’s merit-based public school; trying to rename schools bearing the monikers of George Washington, Thomas Jefferson, and Abraham Lincoln—yes, even Abe, the Great Emancipator—and keeping schools shuttered long after there was any reason for it from the pandemic.

“It’s an indication of just how parents are fed up with the ultra-progressive political agenda that a lot of school boards are pushing, not just in San Francisco, but around the country,” Lance Izumi told me. He’s the senior director of the Center for Education at the Pacific Research Institute and my top source on California schooling for three decades.

The revolt “goes across all demographic lines, all ideological lines,” he said. “When you have parents in San Francisco rising up against the school board, that means a lot of Democrats are upset.”

The revolt can’t be laid to Republicans or former President Donald Trump, because San Francisco’s voter registration is just 7 percent Republican. It’s the home of House Speaker Nancy Pelosi, who in 2020 won 78 percent of the vote. Her opponent who received 22 percent was fellow Democrat Shahid Buttar. No Republican was even on the ballot.

A big factor in the recall was “the power of Asian Americans,” Izumi said. “I see it as a continuation of the defeat of Proposition 16 back in 2020.” The measure would have repealed Proposition 209 from 1996, which banned affirmative action in the state.

Prop. 16 “was supposed to big a big winner,” Izumi added. It was supported by Sens. Dianne Feinstein and Kamala Harris, the latter now the vice president; the powerful California Teachers Association; Tom Steyer and other wealthy liberal Democrats; and the editorial boards of the Los Angeles Times, San Francisco Chronicle, and other left-wing papers. It raised $25.7 million in campaign cash compared to just $1.7 million for the opposition.

Yet it still lost, with 57 percent of voters opposing.

A big reason, Izumi said, was “Asian Americans got involved in it, and it lost in a landslide.” They were “highly energized over Lowell High School and dropping merit-based admissions for a woke lottery. It was just another way the woke political class was undercutting their children. They became highly involved. This is one of the most important things going ahead in the future. Asians have tended to vote Democratic. But now, who is going to appeal to them, to show their interests are being served?”

The next thing to watch is what the U.S. Supreme Court does with two affirmative action cases involving Harvard and North Carolina universities. On Jan. 24, the New York Times reported, “The case against Harvard accused it of discriminating against Asian American students by using a subjective standard to gauge traits like likability, courage, and kindness and by effectively creating a ceiling for them in admissions.” A decision probably won’t come until 2023.

Initiatives for the November ballot currently circulating in California include two that advance school choice and one that eliminates collective bargaining for public-employee unions, the most conspicuous being the teachers’ unions. Similar initiatives have failed in the past. But as the San Francisco school revolt shows, the times they may be changing.

“A lot of it depends on how school boards around the state and Gov. Gavin Newsom and the legislature respond to what happened in San Francisco,” Izumi concluded. “If you have a situation where they are unresponsive to parents, a lot of parents will look at initiatives that will give them greater choice for their children.”

Newsom is San Francisco’s former mayor, so he obviously knows what’s going on there. And he’ll be campaigning for re-election until November. The next moves are his.