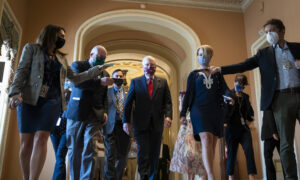 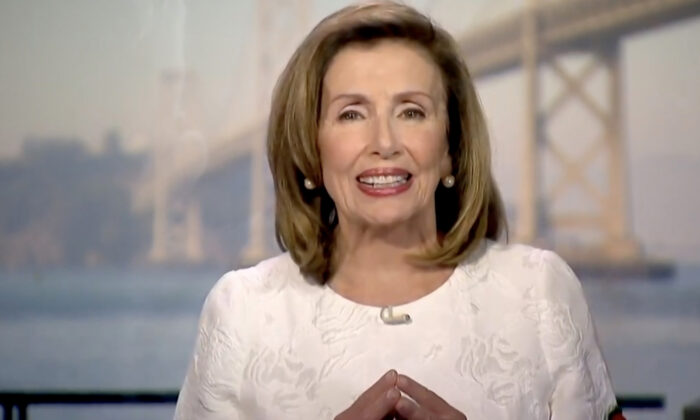 Pelosi faced criticism this week after video footage, obtained by Fox News, emerged of her visit to the San Francisco salon. It showed the Democrat walking through the salon with a mask around her neck, in violation of city health guidelines put in place amid the CCP virus pandemic.

Speaking in a Zoom news conference with reporters Thursday, Kious, who owns eSalon in the Cow Hollow neighborhood, insisted it was independent stylist Jonathan Denardo who made arrangements with Pelosi to visit the salon and that she was not involved in any way, shape, or form.

“I understand Mrs. Pelosi now claims she was set up by me to come into the salon and be filmed. Of course, since I had no contact with Mrs. Pelosi or her team about any of this and Jonathan is the only one they communicated with, if there was a setup, it only could have been Jonathan who orchestrated it,” Kious said. “In fact, not only did I not set her up, her assertion that she is a victim and was set up is totally false and outrageous.”

Kious went on to claim that she received a text message from Denardo explaining that he had already arranged the appointment and said she was never asked for permission, adding that as independent contractors, stylists were not required to ask her permission.

She claimed she had “nothing to do with this,” despite publicly admitting on Tuesday that she had provided the surveillance footage of Pelosi’s visit to Fox News.

“When I saw that she wasn’t even wearing a mask, I realized that it is absurd that she felt safe and gets to choose to go to the salon while others are prevented by state and local restrictions from making the same choice,” Kious continued. “In other words, I want salons to be open. I wanted her visit to be proof that even she knows it is safe to go to the salon.”

She went on to say that Pelosi was trying to scapegoat and defame Denardo and herself with her “lies.”

“For the Speaker of the House of the United States to go on TV and falsely claim she was set up and publicly defame me, and send out PR firms to spin more lies by Jonathan in support of the speaker’s own lies is bad enough,” Kious said. “But for Speaker Pelosi to frame herself as a victim under a total false narrative while small businesses and workers all over California—the state she represents in Congress—suffer and struggle just to survive is beyond shameful,” she continued while fighting back tears.

When Kious was asked if she had released photos or video of any other clients that had received service at the salon or if it was just Pelosi, she replied, “yes,” and the press conference ended.

On Wednesday, Pelosi responded to the video, calling the visit a “setup.”

“I take responsibility for trusting the word of the neighborhood salon that I’ve been to over the years many times, and that when they said … we’re able to accommodate people, one person at a time, and that we can set up that time, I trusted that,” she told reporters. “As it turns out, it was a set-up.”

“I take responsibility for falling for a setup,” she added.

In a statement released through his lawyer on Wednesday, Jonathan Denardo said Kious approved the appointment and that the salon owner had made several comments criticizing the House Speaker during a phone call with him.

The lawyer added that Kious had been violating the health order for months before Pelosi’s visit and that “It appears Ms. Kious is furthering a setup of speaker Pelosi for her own vain aspirations.”

Earlier on Thursday, a small group of protestors were seen gathering outside Pelosi’s home in San Francisco’s Pacific Heights, where they hung blowdryers and hair curlers from a tree and called on the speaker to return to Washington to work on legislation that would provide California workers with more financial assistance.