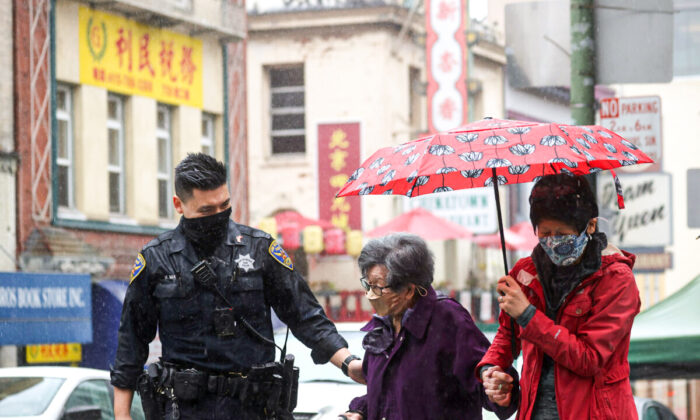 SAN FRANCISCO—A restaurant in San Francisco’s North Beach neighborhood is apologizing for refusing service to three uniformed police officers. The store owners said the officers’ weapons, which are part of their uniform, made the restaurant staff feel uncomfortable. The incident later ignited an online debate.

After a wave of negative comments on social media and in Yelp reviews, Rachel Sillcocks and Kristina Liedags Compton, co-owners of Hilda and Jesse, issued an apology on Dec. 5 on their Instagram account saying: “We made a mistake and apologize for the unfortunate incident on Friday. We hope this will be a teachable moment for us as we repair and continue to build bridges with the SFPD. These are stressful times and we handled this badly.”

“Community engagement is a core principle of SFPD’s 21st-century police reforms, and we are intentional about asking our officers to support local businesses and get to know those they’re sworn to safeguard. The San Francisco Police Department stands for safety with respect, even when it means respecting wishes that our officers and I find discouraging and personally disappointing. I believe the vast majority of San Franciscans welcome their police officers, who deserve to know that they are appreciated for the difficult job we ask them to do—in their uniforms—to keep our neighborhoods and businesses safe.”

The controversy began when three uniformed SFPD officers entered the restaurant on Dec. 3. In a now-deleted Instagram post from Dec. 4, the owners explained that restaurant staff seated the officers, but asked them to leave shortly after.

The restaurant stated in the same post: “At Hilda and Jesse, the restaurant is a safe space. The presence of the officers’ weapons in the restaurant made us feel uncomfortable. We respect the San Francisco Police Department and are grateful for the work they do. We welcome them into the restaurant when they are off duty, out of uniform, and without their weapons.”

SFPD Police Chief William Scott responded to the incident on Twitter, saying he respects the wishes of the restaurant, but found it “discouraging and personally disappointing.”

(1/3) Community engagement is a core principle of SFPD’s 21st century police reforms, and we are intentional about asking our officers to support local businesses and get to know those they’re sworn to safeguard. https://t.co/nJsk4hy0tB

The restaurant’s latest comment was the Dec. 5 apology post on Instagram. Since the incident, Yelp has temporarily blocked the public’s ability to post reviews on Hilda and Jesse’s Yelp page. The restaurant has 461 reviews and is now rated as 1-star. Most of the current reviews are negative comments related to the Dec. 3 incident.

One lady wrote: “You are not welcome in my community. We local San Franciscans do not tolerate business owners who discriminate against peoples [sic] occupational background. With all the hate crime, car break-ins, looting in the city, I as an Asian woman feel safe when I see officers and their presence.”

Another person wrote: “As a nurse and person who serves alongside officers and other first responders, I’m disappointed to see this so-called ‘non-political’ decision from a business. First responders serve their community without judgement [sic] and these officers (unfortunately) will still be there in a heartbeat to help this unsavory business along with their firearms if it is ever a victim of a violent crime.”

This wasn’t the first time a restaurant refused service to law enforcement.

In March 2018, Hasta Muerte Coffee, a café in Oakland’s Fruitvale neighborhood, also made national headlines after refusing service to Oakland police officers. Currently, its Yelp page is also receiving a handful of negative comments and has temporarily blocked the public’s ability to leave reviews.