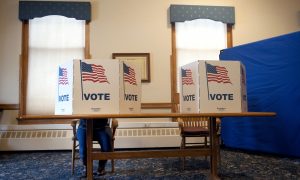 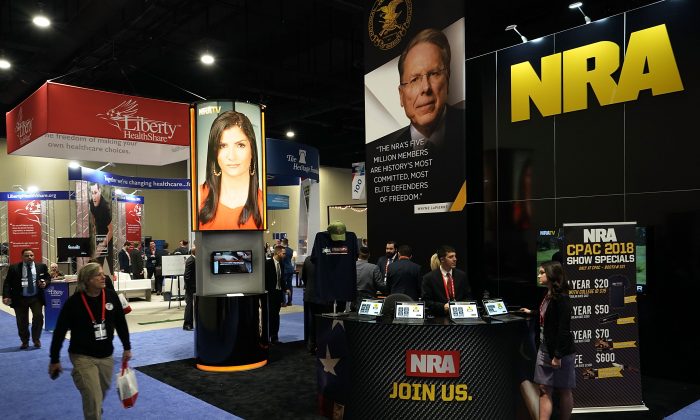 San Francisco’s all-Democrat Board of Supervisors unanimously voted to label the National Rifle Association (NRA) a “domestic terrorist organization,” and urged other cities, states, and the federal government to do the same.

According to the FBI, domestic terrorism is “perpetrated by individuals and/or groups inspired by or associated with primarily U.S.-based movements that espouse extremist ideologies of a political, religious, social, racial, or environmental nature.”

However, civil libertarians point out that advocacy based on constitutional rights has long been protected by the First Amendment. The Supreme Court ruled in District of Columbia v. Heller (2008) that the Second Amendment guarantees an individual’s right to keep and bear arms.

It comes after all 53 Republican U.S. senators sent a letter to the Supreme Court criticizing five Democratic senators for “openly” threatening the court with “political retribution” if it strikes down a restrictive New York City gun law in an upcoming legal challenge.

On the campaign trail, contenders for the Democrats’ 2020 presidential nomination have often vilified the NRA and expressed support for increasingly aggressive gun control measures, ranging from expanded background checks for buyers, to bans on what they describe as assault rifles, to confiscation in the form of mandatory gun buybacks.

NRA spokeswoman Amy Hunter referred to the resolution as a “ludicrous stunt” that attempts “to distract from the real problems facing San Francisco, such as rampant homelessness, drug abuse, and skyrocketing petty crime.”

In a separate statement provided to The Epoch Times, the NRA said the resolution “is just another worthless and disgusting ‘soundbite remedy’ to the violence epidemic gripping our nation.”

“This is a reckless assault on a law-abiding organization, its members, and the freedoms they all stand for. We remain undeterred—guided by our values and belief in those who want to find real solutions to gun violence,” the Fairfax, Virginia-based group said.

The San Francisco resolution, which is a statement of policy, as opposed to enforceable legislation, declares that the city should examine the “financial and contractual relationships” its vendors and contractors have with the NRA and block those entities “from doing business” with the NRA.

The resolution accuses the NRA, without citing any evidence, of “incit[ing] gun owners to acts of violence” and “spread[ing] propaganda that misinforms and aims to deceive the public about the dangers of gun violence.”

Supervisor Catherine Stefani, who sponsored the resolution—which was apparently inspired by the mass shooting that took place July 28 in Gilroy, California—accuses the NRA of several ongoing conspiracies.

“When they use phrases like, ‘I’ll give you my gun when you pry it from my cold, dead hands’ on bumper stickers, they are saying reasoned debate about public safety should be met with violence.”

The resolution also contains various statistics. It states that the “United States is plagued by an epidemic of gun violence, including over 36,000 deaths, and 100,000 injuries each year,” and that every day, about “100 Americans are killed with guns”—without indicating that nearly two-thirds of that figure consists of suicides.

The document also states that the “gun homicide rate in the United States is 25 times higher than any other high-income country in the world.”

In a global context, a different picture emerges. The U.S. murder rate of five intentional homicides per 100,000 of population (as of 2017) places the United States at 88th in the world, tied with Zambia, a bit above the middle on the list of 230 nations and territories studied, according to the U.N. Office on Drugs and Crime.

With reporting by Janita Kan