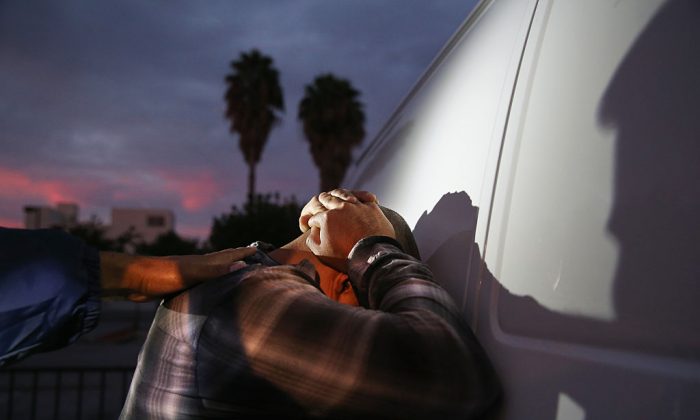 A man is detained by Immigration and Customs Enforcement (ICE), agents in Los Angeles, CA., on on October 14, 2015. (John Moore/Getty Images)
US

KCBS reports that San Francisco Supervisor David Campos will introduce legislation Tuesday setting aside $5 million from the city’s budget to help pay for lawyers to represent people in deportation proceedings.

Half of the money would go to Public Defender Jeff Adachi’s office for more immigration attorneys.

President-elect Donald Trump has said he will deport convicted felons who are in the country illegally.

He has also threatened to yank federal money from “sanctuary” cities such as San Francisco that generally decline to cooperate with federal immigration authorities.