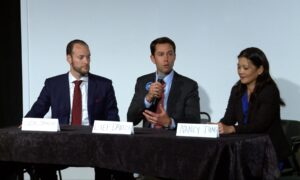 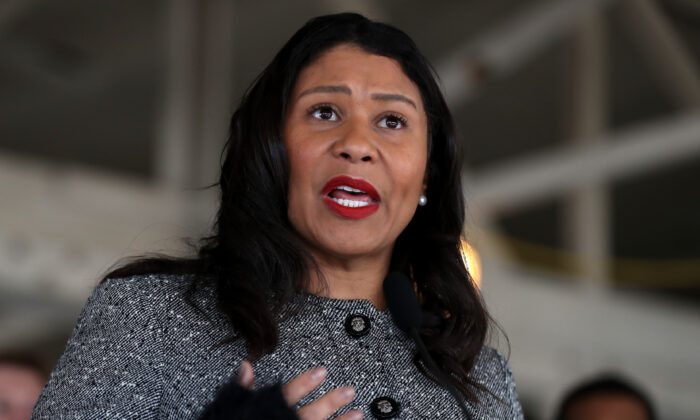 San Francisco Mayor London Breed, who was seen apparently breaking her own administration’s COVID-19 masking rules last week at a nightclub, responded to the criticism over her action, which some felt was hypocritical.

Breed, a Democrat, told local media outlets that attention shouldn’t be directed at her for breaking the mask rules but rather members of the media should focus on the members of the band Tony! Toni! Toné! performing for the first time in decades.

“This was sad that this is even a story,” she told CBS5, saying that “we don’t need the fun police to come in and micromanage and tell us what we should or shouldn’t be doing.”

According to San Francisco’s health order, individuals who attend live indoor performances must remain masked unless they are drinking or eating. Breed said that she was actively drinking at the venue, suggesting that it was fine for her to not wear a mask.

The mayor then explained that her “drink was sitting at the table. I got up and started dancing because I was feeling the spirit and I wasn’t thinking about a mask.”

“The fact is there was something that was really monumental that occurred, and that is, Tony! Toni! Toné!, the original members, the brothers, Raphael Saadiq and Dwayne Wiggins, who have not performed in public, for I believe at least over 20 years, they are just really some of the most incredible artists in the history of this country, and the Bay Area in particular,” Breed said.

“The fact that is getting lost here is very unfortunate.”

However, the photos of Breed going maskless could prove to be politically damaging. A California recall election was triggered, in part, after Gov. Gavin Newsom was spotted late last year eating at an upscale French restaurant without a mask, in violation of statewide masking rules.

Meanwhile, over the weekend, celebrities, actors, and musicians who attended the 73rd Primetime Emmy Awards were spotted without masks on while the event’s workers were seen wearing them. A similar situation unfolded last week during the Met Gala in New York, when celebrities and several prominent elected officials, including Rep. Alexandria Ocasio-Cortez (D-N.Y.), were photographed maskless while workers had masks on.

Actor Seth Rogen, who spoke onstage during the Emmys, made note of the lack of mask-wearing.

“Let me start by saying there are way too many of us in this little room! What are we doing?” the actor said. “They said this was outdoors! It’s not! They lied to us.”

Emmys host Cedric the Entertainer later said that attendees had to be vaccinated to attend.

Breed’s office didn’t immediately respond to a request by The Epoch Times for additional comment.