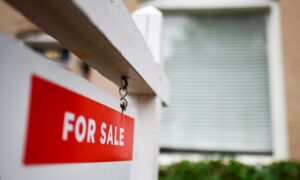 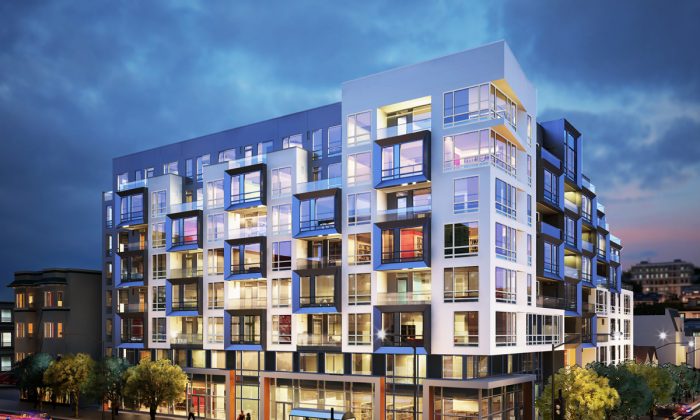 While the majority of San Francisco’s rampant development is occurring in the South of Market (SOMA) area with new neighborhoods like Mission Bay to see thousands of new housing units within the next two years, inventory in the city is still incredibly low.

The local market from 1999–2009 delivered about 1,000 new units per year, said Dean Givas, president of Oyster Development Corp., but because of the housing crisis in 2010, that number dropped to 400 or less per year and has not gone up again to meet the resurgence of demand.

But rather than hopping on the SOMA high-rise condominium bandwagon, Givas has another vision for balancing the supply-side of the hectic housing market of San Francisco, which will only see more pressure in the years to come, he says.

“We really focus on existing desirable San Francisco neighborhoods,” said Givas. Oyster’s Marlow condominium building was one of the three that broke ground in 2012, and another of his projects, 2558 Mission, breaks ground June 24.

“We’re [meaning Marlow] really at the nexus of three neighborhoods—we have Nob Hill, which we’re technically in; across the street is Pacific Heights; and Russian Hill is just immediately to the North,” Givas said. The Marlow will be completed in February with first move-ins in March, and 2558 Mission will have a sales office open at the end of next March with a January 2015 move-in date.

“I think that’s the best living experience,” says Givas, who lives in a newer neighborhood on Rincon Hill where “there’s not really a lot of amenities, or infrastructure.”

“There’s not a lot to walk to. You have to walk a couple of blocks to find it,” Givas said. “Retail is the last thing that comes in … I’m living in a building that was built in 2004, and the retail space in our building is still unoccupied.”

“So when you look at Mission Bay, they’re going on their second wave of retailers, but there’s not necessarily all that much there,” Givas said.

The opportunity to live in one of the newer neighborhoods and still have access to all the amenities you need on the same block will still be a couple of years, Givas said.

“So in my preference, if I can find a suitably located site, I believe the existing neighborhoods are more desired. If it’s harder to get my projects done, it’s fine—my preference is to do that because frankly, I like having the only project where it’s more of a commodity-sell in the market,” Givas said.

Because of the economic downturn, Givas was able to obtain these centrally located sites, like Marlow and 2558 Mission, which Oyster then re-entitled to build a product more suitable for modern living.

“I was able to, between 2010 and 2011, basically control and acquire these properties,” Givas said. “In Pacific Heights you’ve had, over seven years, only 50 units on average that’s been delivered. In the Mission you only have four units of new construction that’s being delivered.”

Marlow’s building had been entitled for a 62-unit project averaging 1,300 square feet, so Oyster spent 15 months re-entitling it as a project of 98 units averaging 920 square feet.

“[It’s] a more approachable, sub-million-dollar average price point which I think is important,” Givas said. “It’s a very expensive city and we’ve just come out of a recession. I didn’t think it was the right product to have a hundred something units be over a million dollars.”

Beyond location, the size of these sites—one of which was a three-story building entitled for eight stories—was very important.

“There’s an economy of scale that adds value to the developer and the homeowner,” Givas said. “The economy of scale to the homeowner is that I can get your HOA’s lower. I can provide you some amenities, which a smaller project can’t, but not at a higher cost-per-monthly basis because there’s a certain size that you’re able to spread those costs over. The same thing enables me, as a developer, to have some economies of scale, because there are certain fixed costs involved in the development companies.”

“I’ve always worked with institutional clients,” Givas said. Doing so enables him to finance projects that are of a considerable size, and most of Oyster’s projects are around a hundred units.

Givas, who has lived in a condominium for the last seven years and is raising two sons, is a firm believer in the contemporary lifestyle condominiums provide.

“Condominiums are a lifestyle of convenience and security,” Givas said. “San Francisco is a city of riches as far as social opportunities, cultural opportunities; it’s the second densest city in the United States.”

And it’s only getting denser.

“People who have to deal with the high cost of living here have to get used to living in smaller spaces, because the city is just being built up,” Givas said.

“Modern living in condominiums is convenient—some of that is the amenities, some of that is you have the HOA taken care of,” Givas said. And with density comes access to dining and retail within walking distance.

“Personally I am very much a believer that you can build a smaller home that lives bigger for its size,” Givas says. “And by doing so, you get the gross price point down. We try to target the median price points in the sub-markets.”

Oyster’s projects include all condominium home types, from junior homes at 520 square feet to two-bedroom homes. Compared to the historical size of the same product, Givas says they build smaller square footages, “because we can make the homes live bigger than the homes of the past have lived.”

It’s dependent on the details of design. For instance, Givas said, storage where you wouldn’t expect it and features that function as multiple things. The counters in the kitchens at Marlow, for example, have a built-in drawer-like storage space with outlets inside.

“If you look at other projects, some of them are selling out of a trailer,” Givas said. “But we put half a million dollars into this sales office to really attempt to elevate the buyer experience.”

The reception area is designed with the same elements and finishes that the reception of the Marlow will be in, and the back half of the office is a model master bath and kitchen so the buyer can look, touch, and get a feel for the units.

“We prioritize the buyer in a market where it’s a frustrating process normally—there’s multiple offers, buyers are losing out on opportunities,” Givas said. “So we’re not putting them in the same competitive environment. We’re putting a lot of information at their fingertips, giving them really what it feels like to live in the building.”

“We want to draw on that greater experience of branding than we’ve seen locally in the past,” Givas said.

Besides Oyster’s financial partner Tricon Capital Group, Givas has chosen to partner with Toronto-based interior and marketing design firms as well, to “import experience” that the local market just hasn’t seen yet.

“Toronto is North America’s largest condo market,” Givas said. Locally, he says, there’s a lot of pent-up demand because supply is still not near what the market is used to, delivering 400 or less units yearly. “Toronto delivered 18,000 new units last year; Toronto also presales their projects 75 percent before breaking ground. So there’s much more of an emphasis on competition and branding.”

“Today you’re not seeing companies or projects put this much amount of money into a facility,” Givas said. “And part of that is we want to create that expectation, brand our future projects, part of it is, we want to set ourselves apart from the experience most buyers are having today.”