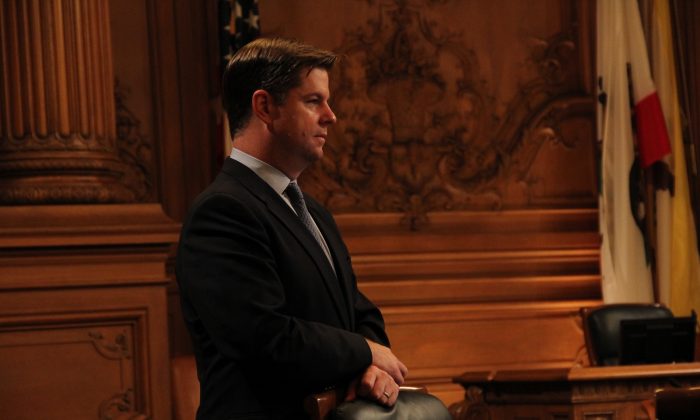 SAN FRANCISCO—After half a year of much debate that pitted homeowners and renters against each other, an ordinance that will give tenancies in common (TIC) owners a speed-up process of converting their units into condominiums finally passed.

The ordinance will allow about 2,200 TICs to be converted to condos, bypassing a lottery system that sets an annual limit at 200. By paying a fee of up to $20,000, owners of buildings eligible for the lottery but not selected will now be able to convert their units.

A large majority of supervisors voted Tuesday for the much-modified version of a bill originally introduced in January.

With 8 out of 11 votes, the proponents are able to prevent any possible veto from Mayor Ed Lee. The only dissenting votes came from Supervisors Scott Wiener, Katy Tang, and Mark Farrell, of whom Wiener and Farrell were sponsors of the original legislation.

Farrell said the ordinance was too much removed from its original purpose and accused tenant advocates of walking away from negotiations when a real compromise would have been easy to reach.

“I cannot support a piece of legislation that tries to deny individuals the right to affordable home ownership in our city,” Farrell said.

Tenant advocates were worried that the original legislation would drive up property speculation, increase evictions, and thus reduce the affordable rental stock in the city.

Farrell said his proposal would have provided enough protection for renters by guaranteeing lifetime leases and keeping rent control intact unless there was a change of ownership.

He pointed to the fact that the $20 million raised from the conversion fee will create more affordable housing in the city.

Supervisor David Chiu, who was largely responsible for the amendments that make the bill palatable for rental advocates, said the ordinance strikes a “careful balance” between interests of TIC owners and tenants.

The ordinance was largely crafted in response to the TIC owners’ situation. This shared form of ownership usually comes with higher interest rates and lack of refinancing opportunities, while the lottery had accumulated a backlog of about a decade for those wanting the more desirable home-ownership of condos.

Farrell criticized Chiu’s introduction of a moratorium of 10 years for any conversion, which he called an “arbitrary political decision.”

Additionally, Farrell is opposed to the change of eligibility rules. When the lottery resumes in 2014, five- or six-unit buildings will not be able to convert, while the owner-occupancy requirements will be expanded.

“This is going to negatively impact thousands of TIC owners now and in the future,” Farrell said.