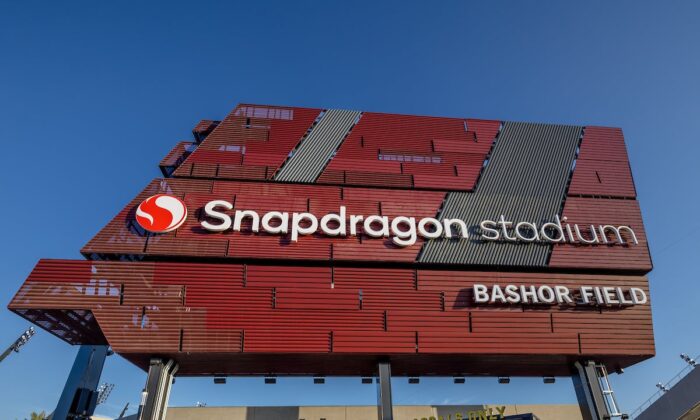 SAN DIEGO—The first athletic event at Snapdragon Stadium will be held Sep. 3 with San Diego State facing Arizona to begin its 100th football season as a heat wave touches down in the region.

The $310 million, 35,000-seat stadium replaced SDCCU Stadium, the Aztecs’s home field from 1967-2019. San Diego State played its home games at Dignity Health Sports Park in the Los Angeles County suburb of Carson in 2020 and 2021 while Snapdragon Stadium was being built on the former site of SDCCU Stadium.

The game will be broadcast on CBS—the Aztecs’s first regular-season home game played in San Diego on an over-the-air network nationally since Nov. 24, 1979, when ABC aired its 63–14 loss to Brigham Young.

The San Diego Metropolitan Transit System is also permanently reopening its nearby Stadium Station and will also offer extra trolley service for fans looking to avoid driving to and from the game.

Additional information regarding the trolley can be found online.

Football season arrives just as a series of high-temperature days are expected to bake San Diego County, prompting the National Weather Service to issue an excessive heat warning, which will remain in effect through 8 p.m. Sep. 6. A high of 93 degrees is forecast for Saturday.

Fans will be allowed to bring sealed, unfrozen water bottles, as well as empty refillable water bottles of up to 32 ounces. Bottles can be refilled at six water stations located throughout the stadium, which is also equipped with water misters for those looking to beat the heat, officials said.