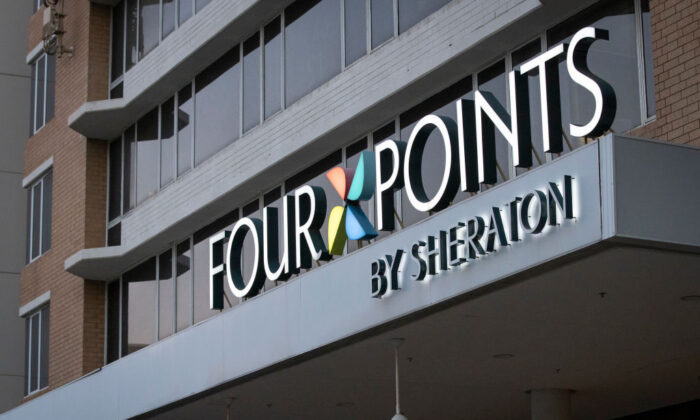 A file photo of the hotel Four Points by Sheraton in Perth, Australia, on Jan. 31, 2021. (Matt Jelonek/Getty Images)
Southern California

SAN DIEGO—Two men were in custody on Tuesday, March 1, in connection with the detonation of a pipe bomb at a Kearny Mesa hotel.

The device was set off at about 10:20 a.m. Thursday on the second floor of the Four Points by Sheraton, 8110 Aero Drive, near Kearny Villa Road, according to the San Diego Police Department (SDPD).

No injuries were reported, and the hotel property sustained only minor damage.

“The SDPD and FBI thanks the public and Crime Stoppers for their help in solving this crime and reminds everyone, ‘If you see something, say something,'” Sharki said in a statement.