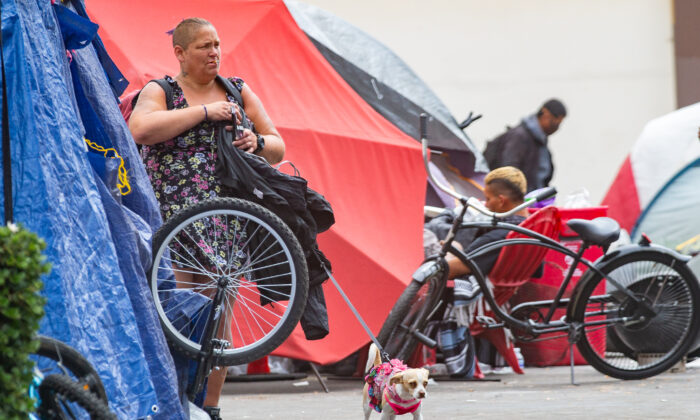 According to the Health and Human Service Agency (HHSA), the framework aims to provide a person-centered approach to ensure “that services and programs are created in culturally sensitive ways to address the needs of vulnerable populations,” and provide a sustainable approach to ensure housing stability through a variety of financial investments, among other goals.

Nick Macchione, director of the HHSA, said the framework “will allow us to drive a new, focused approach.”

“We can’t possibly tackle homelessness without a long-term strategy,” she said, adding recent statistics show that roughly about 40 percent of those in county jails were homeless at the time of arrest.

“This is an opportunity to turn the corner on that egregious history of criminalizing poverty,” Lawson-Remer said. “It’s really time we got strategic and serious of putting our tax dollars where they need to be spent.”

Her colleague Jim Desmond supported the plan but stressed that unincorporated areas should not be a dumping ground for homeless people.

Desmond also called for more effective ways to deliver drug addiction treatment, including incentives for those wanting to recover.

“We’ve kind of gone from one extreme of the war on drugs, to another extreme with addicts living on streets,” Desmond said. “We’ve got to find something in between.”

He said if someone is hit by a car, paramedics come and immediately help that person. But if residents see someone screaming in the bushes or defecating on the street, they either ignore or accept it, “and I think we’re better than that.”

A “housing first” policy allows people to continue their addictions, and shelters shouldn’t be a revolving door, Desmond added.

Board Chairman Nathan Fletcher said he was encouraged by the new framework, but reminded Desmond that in September 2020 the previous board voted down a proposed housing project in La Mesa.

The framework’s programs will be a real test, Fletcher said. “We’re all tired of buzzwords, but the rubber meets the road when you take a vote,” he added.

Desmond countered that he voted against the La Mesa project because it was “crammed down our throats,” and that the board learned a lesson about working with a community.

While no immediate cost figures were available, the county will seek state funding and continue to use funds from the U.S. American Rescue Plan Act for services such as housing counseling, eviction prevention, and direct cash assistance.