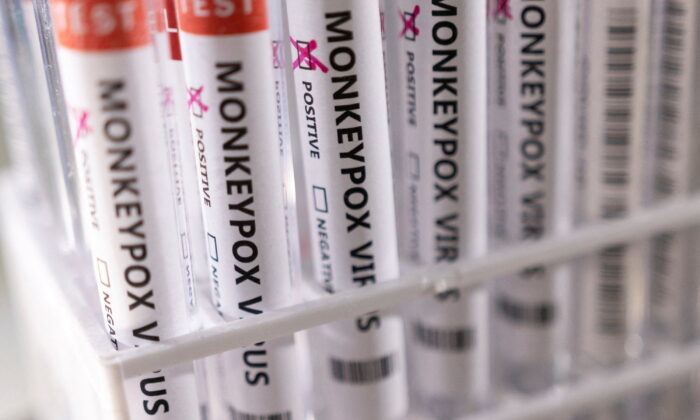 SAN DIEGO—Following the state’s lead, San Diego County leaders and public health officials declared a state of emergency Aug. 2 in response to the monkeypox outbreak in an attempt to bolster vaccination efforts.

The local health emergency must be ratified in seven days by the County Board of Supervisors, and then will need to be ratified again every 30 days, as needed. Beginning Aug. 3, the county will update the number of infections daily.

The state of emergency declaration will allow the county to seek state assistance and use public health infrastructure for testing, contact tracing, and case investigation.

“All of these strategies were developed and strengthened during the COVID-19 response,” said Dr. Wilma Wooten, San Diego County public health officer. “To prevent the community-wide spread of monkeypox infection, the key is prevention, and this includes vaccinations.”

However, local leaders were quick to differentiate between the virus and COVID-19.

“The situation we face with monkeypox is fundamentally very different,” San Diego County Supervisor Nathan Fletcher said. “We take it very seriously, but as I mentioned earlier it is exponentially less transmissible. We know more about it. We also have a vaccine at the start of it.”

Speakers at Tuesday’s news conference also made clear the illness was not confined to any one sub-group.

The first case in the county was reported June 15, and the number of infections has increased to 46, according to Wooten.

There have been no deaths associated locally with the virus, and one patient has required hospitalization. All cases were males, and their ages range from 27 to 58 years of age.

To date, 3,987 doses of the monkeypox vaccine have been received in San Diego County.

Gov. Gavin Newsom issued a state of emergency Aug. 1 in response to the increase of monkeypox cases in the state.

The proclamation enables emergency medical services personnel to administer monkeypox vaccines that are approved by the Food and Drug Administration, similar to the statutory authorization recently enacted for pharmacists to administer vaccines.

“California is working urgently across all levels of government to slow the spread of monkeypox, leveraging our robust testing, contact tracing, and community partnerships strengthened during the pandemic to ensure that those most at risk are our focus for vaccines, treatment, and outreach,” Newsom said.

As of Monday, a total of 824 monkeypox cases were confirmed in California—the second-highest of any state, behind New York’s 1,390—while nationwide, the total count was at 5,811, according to the latest data from the U.S. Centers for Disease Control and Prevention (CDC).

Monkeypox is generally spread through intimate skin-to-skin contact, resulting from infectious rashes and scabs, though respiratory secretions and bodily fluids exchanged during extended physical episodes, such as sexual intercourse, can also lead to transmission, according to CDC.