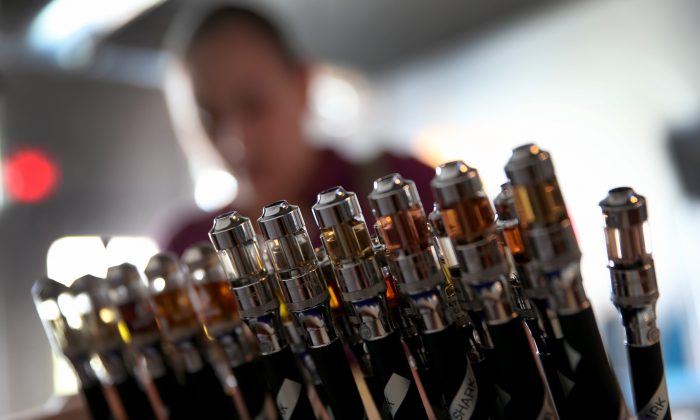 The move—spearheaded by Councilwoman Marni von Wilpert—follows similar actions in cities such as Imperial Beach, Encinitas, and Solana Beach, along with San Diego County for unincorporated areas. It also comes months before a statewide referendum tackling the issue in November.

The council passed the first reading of the issue in April. This second vote makes the ordinance—known as the Stop Adolescent Addiction From E-Cigarettes or SAAFE Act—a law.

“I thank my colleagues for standing with me to stop Big Tobacco from addicting an entire new generation of youth on tobacco products by officially approving the SAAFE Act,” von Wilpert said. “Flavored tobacco products are intentionally marketed to kids and I am proud that our city is taking action to prevent the sale of these products and protect our youth.”

The ordinance does not apply to the sale of shisha, premium cigars, or loose-leaf tobacco and unflavored or tobacco-flavored e-cigarettes, as well as FDA-approved cessation devices that will also be exempt from the ban.

Councilwoman Jennifer Campbell said in her 40 years practicing medicine, she had seen the impact on children who lived in homes with smokers.

“We must stop Big Tobacco from aggressively targeting our children and vulnerable communities,” she said. “The Stop Adolescent Addiction From E-Cigarettes will help protect our communities from the tobacco industry making life-long customers addicted to nicotine.”

According to findings presented in April by von Wilpert’s office, in the most recent completed study of the city’s tobacco retailers in 2019, 14.7 percent of retailers sold to an underage police decoy. In a study to come, she said, those numbers have increased to nearly 30 percent.

In opposition to the law at the lengthy public hearing in April were dozens of small business owners, who claimed flavored tobacco made up anywhere from 25 percent to nearly half of their business. Nearly all of them claimed they were law-abiding business owners who had been commended by the San Diego Police Department for their above-board operations. Several also decried what they called the paternalistic nature of the city council’s new law, saying parents should be in charge of how children were raised, not the government.