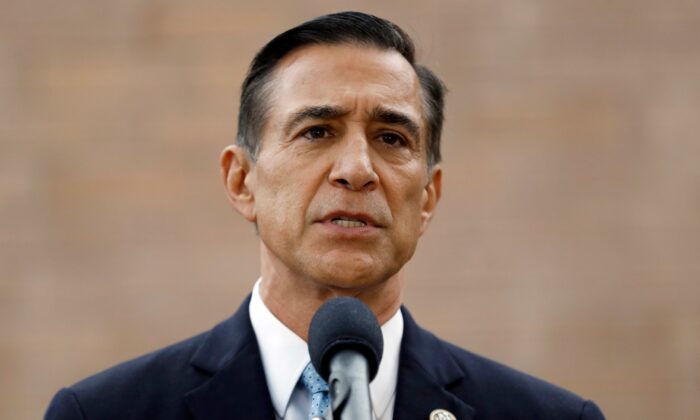 SAN DIEGO—U.S. Rep. Darrell Issa (R-Bonsall) announced on Dec. 1 that an American citizen and San Diego-area resident was on his way home from Afghanistan.

“This one was personal. My team and I worked for months to ensure the safe return of Prince Wafa and his wife, and we were amazed by his courage and commitment,” Issa said. “His betrayal by President Biden and the almost limitless delays by this administration were needless and shameful.

“He wasn’t the first American left behind, and we are determined that he won’t be the last to come home.”

Wafa is a small business owner of convenience stores in the San Diego area.

On Aug. 31, the U.S. military officially withdrew from Afghanistan, ending a 20-year conflict that started shortly after the Sept. 11, 2001, terrorist attacks. The withdrawal was accompanied by sometimes frenzied efforts to evacuate U.S. allies, which led to criticism of the Biden administration.

Shortly afterward, Wafa went to Kabul where his wife had been waiting for her spousal visa paperwork to process. He then contacted Issa through the Afghanistan Evacuation Assistance portal on the congressman’s website.

“Prince Wafa’s story will not go unnoticed,” Issa said. “No American should have to go through what he endured, and this should also provide a lasting lesson: Today, we celebrate the return of a brave American. But there is much more work to do, and many more Americans to bring home.”

Officials for Issa’s office said they have helped evacuate more than 40 members of his congressional district from Afghanistan since the Taliban regained power.

In October, the San Diego County Board of Supervisors unanimously approved a plan for Afghan refugee housing and resettlement.

Supporting a proposal by Supervisor Joel Anderson, the board also directed the county to work with Congress to utilize frozen Taliban assets to pay for Afghan refugee resettlement activities. The U.S. Treasury Department froze the majority of $9.5 billion in Afghanistan government assets.

According to Anderson’s office, an estimated 58,000 Afghans are expected to arrive in the United States, many of whom were forced to leave their homes without their possessions.

While the exact number of Afghans resettling in California is unknown, it’s likely they’ll settle in communities where they have friends and families, according to Anderson’s office.

While the county doesn’t have a direct role in determining how many Afghan refugees will resettle in the county, Anderson said it’s critical to be ready—through its Office of Immigrant and Refugee Affairs—to handle the incoming refugees.

Board of Supervisors Chairman Nathan Fletcher, a Marine who was deployed to Iraq in 2004, said it was important for the U.S. government to keep its word to the Afghans who helped U.S. forces for 20 years.

He said that before they step on U.S. soil, Afghans are vetted by numerous U.S. intelligence and law enforcement agencies, and later screened again by U.S. Customs officials.