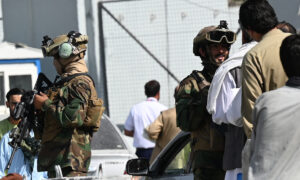 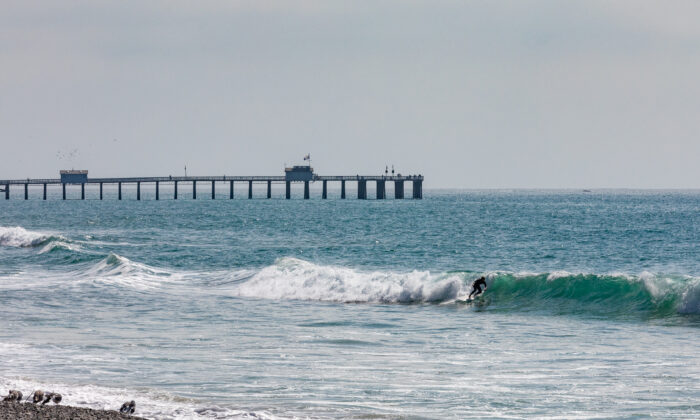 Hundreds of people rallied in San Clemente, California, on Sept. 5 to honor the 13 U.S. service members that were killed in a terrorist attack at the airport in Kabul, Afghanistan.

The Aug. 26 ISIS suicide bombing killed over 150 Afghan civilians and wounded at least another 18 servicemembers.

Nine Marines and one Navy Hospitalman were deployed from Camp Pendleton, the major West Coast marine base only 30 minutes south of San Clemente.

The crowd gathered at the intersection of Avenida Del Mar and El Camino and marched through the streets towards the city’s Marine Monument at Park Semper Fi.

People gathered around the park’s Marine Memorial, where Pastor Jim Glynn, a retired marine from Camp Pendleton, addressed the crowd.

“It would be wrong to only focus on the lives lost in August,” Glynn said, according to the San Clemente Times. “Since Sept. 11, 2001, 2,448 servicemembers have made the ultimate sacrifice in Afghanistan.”

“That number makes what we are doing here today even more vital because by being here and standing together we are reaffirming our love, gratitude and support for all those veterans who have served our country in the United States military,” Glynn said.

“If you are a veteran, we want you to know that now more than ever we stand with you and beside you today and the days to come,” he continued. “We want you to know you are not alone and we believe in the sacrifice you made on behalf of your fellow Americans.”

“We have always loved our Marines,” said Tamara Fields-Seyhun, one of several women who planned Sunday’s march for the fallen, the Orange County Register reported.

“We saw other towns organizing vigils and memorials for the Marines in an expression of honor. We felt the same way and we wanted to do something in San Clemente.”

After Fields-Seyhun posted the idea of holding a rally for the Marines on Facebook, three of her friends from San Clemente High School with—Laura Glynn, Julie Regenovich, and Cyndi Martin—helped put on the rally, according to the Orange County Register.

Ragenovich, owner of Sonny’s Pizza and Pasta in San Clemente, said she felt the that the community needed to come together to honor those who lost their lives in the attack, according to the San Clemente Times.

“San Clemente is a military town. As a community, we need to rise up and support all our [servicemembers] and especially the fallen 13 that will not return,” Ragenovich said, the San Clemente Times reported. “Seeing the amount of people coming out for this … brings tears to my eyes.”