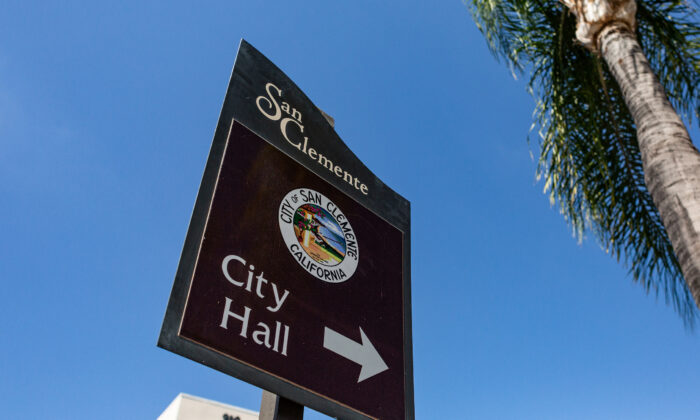 San Clemente City Councilwoman Laura Ferguson announced on Sept. 17 that she will be suing both the city and some of her fellow councilmembers over access to public records regarding her formal censure last year.

Ferguson was censured by her fellow councilmembers in Nov. 2020 after she publicly criticized the city government, and also for releasing a poll that was commissioned by the city that was not allowed to be released yet because it was an attorney work product.

The poll sought to determine how a new ballot measure that would create a new tax to protect coastlines would do with voters, and Ferguson argued that public records law did not allow the city to keep it confidential.

The lawsuit asks that the city provide her with documents surrounding her censure, including other councilmembers’ emails, which she submitted public records requests for on Nov. 29, 2020, with each of the requests dealing with various aspects of her censure by the council.

The city provided her with some documents but withheld some of the requests due to exemptions and privileges.

“Having exhausted all efforts to be fair and reasonable for a quick resolution, it is unfortunate that nine months later the City has not produced the public records I have sought pertaining to Councilmember Kathleen Ward’s, Gene James’s and Chris Hamm’s censure of me on November 23, 2020,” Ferguson said in a statement sent to The Epoch Times.

“In particular, I am seeking any writings by them plotting their censure of me. Since they were so willing to spend City tax dollars to conduct a censure hearing and hire a separate attorney to represent the majority (Hamm, Ward and James), you would think they would have nothing to hide from the taxpayers of San Clemente.”

Ferguson argued that if the city can deny pubic records requests to a sitting councilmember, they can do it to anyone.

“Because of the unwillingness of the city council and city manager to produce these records, taxpayers are left footing the bill to defend a lawsuit. San Clemente’s elected leadership and appointed public official believe they are above the law and can deny a councilmember and members of the public records any time they want by claiming exemptions and privileges such as the deliberative process privilege, without demonstrating the public’s interest in nondisclosure outweighs the public’s interest in disclosure, which the law requires,” she said.

Asked about being named as a defendant, James said he felt that the lawsuit only served as a distraction from complaints lodged against Ferguson.

“I think Councilmember Ferguson’s resources and time would be better spent addressing the multiple unfortunate allegations of workplace harassment lodged against her by our city employees,” James told The Epoch Times.

“I have reviewed documentation from the investigation and there were six confirmed attempts to have Ferguson submit to an interview by the investigator; Councilmember Ferguson has repeatedly refused to cooperate with the investigation. This lawsuit is nothing more than a craven attempt to direct attention away from her harassment of employees and the obvious pattern of abusive behavior directed at  current and past city employees.”

James also felt that council time and resources would be better spent on COVID-19 recovery for businesses, enhancing public safety, working on beach erosion, and more.