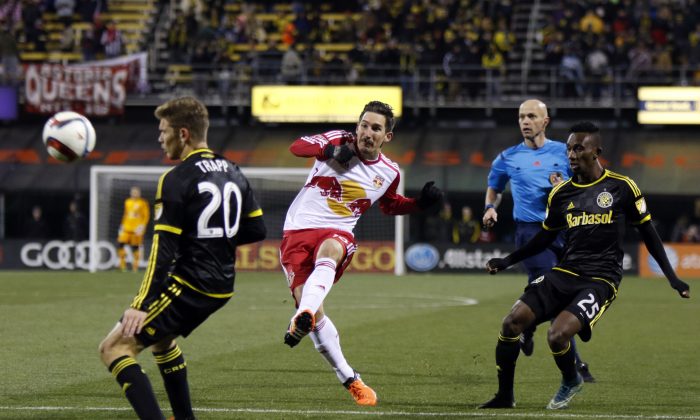 SAN ANTONIO—Officials in San Antonio have acknowledged their plan to spend $21 million to buy a soccer stadium comes with no guarantees they will be able to lure a franchise from Major League Soccer.

Though no contracts have been signed, city officials have outlined their plans in broad terms at public meetings to buy Toyota Field and upgrade it to pursue a professional soccer team, The San Antonio Express-News reported (http://bit.ly/1LGldD4 ).

As things stand now, Bexar County and the city of San Antonio plan to spend $9 million apiece to buy the 2-year-old, 8,000 seat stadium. The group that owns the San Antonio Spurs and other professional teams in the South Texas city would chip in an additional $3 million to bring the total purchase price to $21 million.

The plan is to eventually add 10,000 seats and other upgrades to the stadium, which have been estimated at an additional $38 million to $45 million.

If MLS chooses to go elsewhere, Toyota Field would continue to host minor-league soccer, but with the added public expense. Experts on public financing of sports stadiums warn public officials to closely watch the details of any deal.

“Worst-case scenario, you end up in the minor leagues,” said Bexar County Judge Nelson Wolff. “We obviously don’t prefer that.”

Still Wolff liked the city’s chances of landing a team despite the league’s four expansion slots mostly slated to go to other cities.

Major League Soccer’s Commissioner Don Garber announced in 2013 that the league planned to expand from 20 to 24 teams by the end of the decade. Atlanta, Minnesota and Los Angeles have claimed three of those slots. The fourth expansion slot could go to Miami if retired soccer star David Beckham can work out a deal for a stadium, the Express-News reported.

MLS spokesman Dan Courtemanche told the newspaper that team owners will meet in the coming months and discuss adding more than the 24 teams, though “it has not been determined what the timing and process would be.”