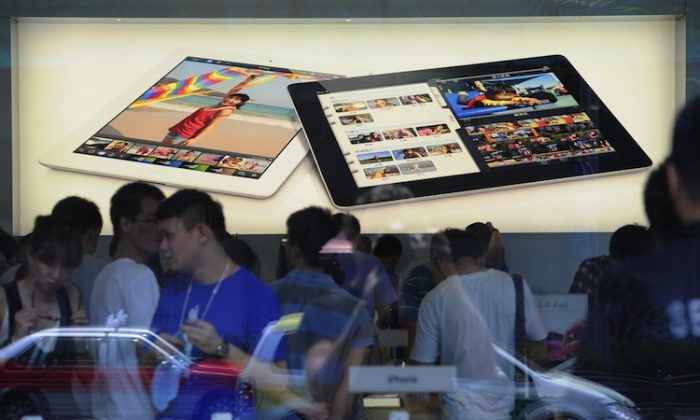 Customers flock to an Apple store where the latest version of the Apple iPad went on sale in Apple stores in Shanghai on July 20, 2012. (Peter Parks/AFP/Getty Images)
News

Samsung Electronics accused Apple Inc. of refusing to negotiate licensing key 3-G patents included in Apple’s iPhone and iPad on the first day of their patent trial in Federal Court in Sydney on Monday.

The judge overseeing the case in Australia commented that the dispute over wireless transmission technology between the two technology giants is “ridiculous” and would be best settled in mediation, according to Bloomberg News.

Apple and Samsung are fighting legal battles in several countries around the world. In the United States last week, Samsung lost an appeal in the U.S. Court of Appeals. Earlier in July, a judge in the United Kingdom ruled that Samsung’s tablets do not violate Apple’s design because Samsung’s tablets “are not as cool” and cannot be confused as iPads.