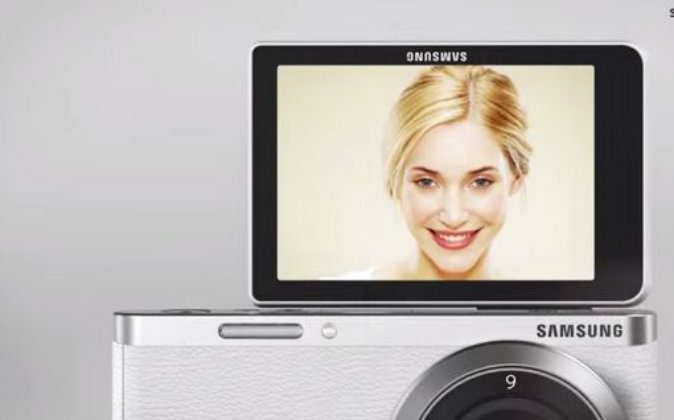 Owing to the increasing proliferation of selfies, the Samsung NX Mini has been designed to help people take better photos while in the awkward lean-back-stretch-hand-out position.

The NX Mini has a 3-inch touchscreen that can be inverted 180 degrees—no more blind shots (but maybe that takes some of the fun or surprise out of the selfie?). Inverting the screen automatically puts the camera in self-shot mode. Within this mode, you have three options: you can set it to take a photo the normal way (at the press of a button), when you wink, or when you smile.

The camera will detect the wink or smile, helping the selfie-lover avoid the camera shake that results from pressing the button.

It has three interchangeable lenses for angles, zoom, and effects. It also comes with a default air-brushing feature that will remove minor flaws, such as acne.

It has built-in social sharing capabilities with Wi-Fi and near field communication (NFC) integration. You can share to Facebook, Picasa, Youtube, Flickr, KakaoStory, and Dropbox. The NX Mini weighs just 5.6 ounces and comes in black, white, mint-green, brown, and pink.

The 9mm lens kit costs around $450, while the 9-27mm costs about $550. A 17mm f/1.8 is soon to be released. The electronic shutter has a maximum speed of 1/16000 with a rear-illuminated sensor for shooting in low light; it also records HD video at 1080p, 30 frames per second. The NX Mini accepts microSD cards and uses microUSB for charging.