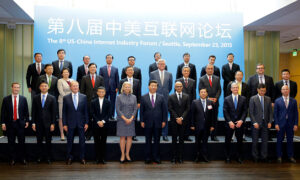 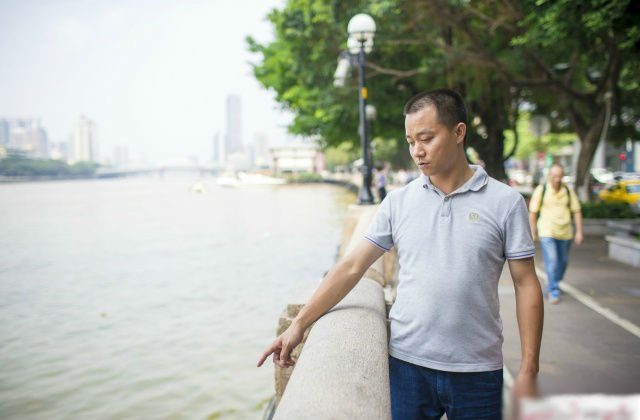 Zhu Liang, a taxi driver, points to the spot where he saved a drowning women at Guangzhou on May 25. (Guangzhou Daily)
China

Samaritan Cab Driver Saves a Drowning Woman, but Is Robbed of His Valuables

When taxi driver Zhu Liang saw a woman jumping into a river in a suicide bid, he sprung to the rescue. What he never saw coming was his own need for assistance—thieves had seized the opportunity to steal the valuables that he left on the bank of the river.

“My cellphone and wallet are gone,” Zhu, a taxi driver from Hunan Province in south central China, told New Express Daily. “The 200 yuan and my old cell phone might not be much, but losing my bank card, identification card and driver’s license is a real hassle.”

At about 2:30 a.m. on May 25, Zhu was peering for customers inside his cab near a bar in the district of Yuexiu in Guangzhou Province where he plied his trade. He soon spotted a woman in her twenties having a quarrel with a man. The woman suddenly dashed away from the man, climbed over a railing, and jumped into the Pearl River.

Zhu quickly took off his shoes and pants, leaving them on the railing beside the river, and swam out to save the woman. Coming back to shore, Zhu found his clothing had vanished from the railing, and were instead left abandoned, sans valuables, in a street corner about 160 feet away.

“If not for what happened afterward, I wouldn’t have told others that I’d jumped into a river to save someone,” Zhu said. He reported the incident to the police, and even searched nearby trash cans in hopes that the thief had perhaps discarded his identification card and driver’s license.

Without his license, Zhu can’t drive his taxi, and it’s costing him about 500 yuan (about $76) a day in income. To resume work, Zhu has to journey home to Hunan to get a new license, a process that will take him over 10 days.

“You took advantage of another person in danger! Where’s your conscience??” wrote “Nan Xiao Jia Jia” from Shandong.

“I support this samaritan,” wrote “Wonderful Life 2050” from Beijing. “If I happen to board his cab, he can keep the change.”

“In this society, there are only a handful who extend a helping hand, but far too many would be robbers,” wrote “Wise Educator” from Sichuan.

Apathy in the Chinese populace has bred many social problems—motorists don’t help pedestrians or other motorists they knock over; due to the prevalence of scams, few dare to help up the elderly who take a fall; and Chinese people barely react when they see a child being kidnapped under their noses, as demonstrated in a viral video by a Chinese YouTuber.