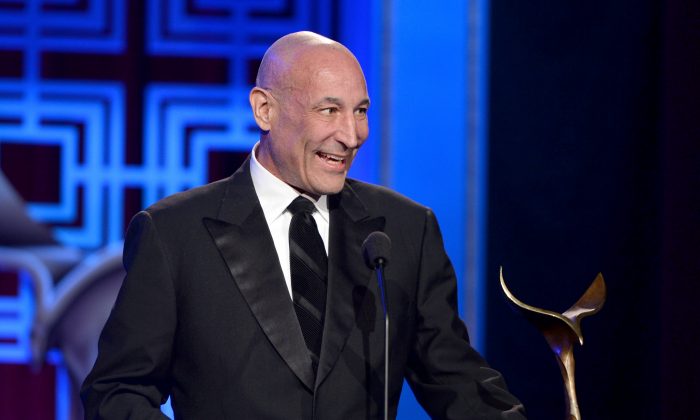 Sam Simon, the co-creator of “The Simpsons,” has died after a long battle with cancer, it was reported. (Alberto E. Rodriguez/Getty Images for WGAw)
US

Sam Simon, the co-creator of “The Simpsons,” has died after a long battle with cancer, it was reported.

TMZ first broke the story, and the site said he died on Sunday in his Los Angeles home.

Simon passed away Sunday at his L.A. home, following a long, difficult battle with colon cancer. Simon was diagnosed in 2012 and was very public that his disease was terminal.

We’re told Simon was surrounded by his family when he died, and his dog. The dog was very special in Sam’s life … he was a big animal rights advocate.

The Sam Simon Foundation tells us, ” For those of us who knew him, his voice will forever echo in our minds; his sense of humor will continue to make us laugh; and his compassion and generosity will continue to impact our lives.”

The animated sitcom, he said, gave him more freedom than live action. “You can draw animals and sets but the animated characters also have freedom. The Simpsons sometimes do things that real people wouldn’t do.”

“Sam Simon taught me everything about animation writing, and even more about life,” “The Simpsons” exec producer Al Jean said.

When Simon “turned to writing animation, he helped to give birth to something which changed the landscape of television and has given him a legacy that will live forever,” said Craig Miller, chairman of the Animation Writers Caucus of the Writers Guild of America West, speaking in November 2013 upon the announcement that Simon would receive the AWC’s writing award that month. Al Jean presented the award.