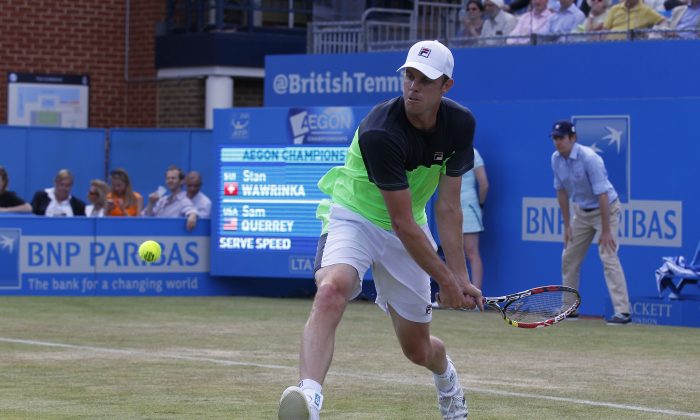 Sam Querrey and Julien Benneteau face off in the Aegon International quarterfinals on Thursday, June 19.

The match will be broadcast delayed on the Tennis Channel (starting at 4 p.m. EDT).

Live streaming will be available, though, via ATP and Tennis TV.

Both players are unranked in the tournament, in which all but two of the seeds have fallen already.

Querrey of the U.S. beat Victor Estrella Burgos after he retired in the second round.

The winner of this match will take on the winner of No. 3 Feliciano Lopez of Spain and unranked Jeremy Chardy of France.

The tournament is one of several warm-up tournaments for Wimbledon, along with the Topshelf Open.

The tournament is also known as the Eastbourne International.

It’s held at the Devonshire Park Lawn Tennis Club in the United Kingdom.