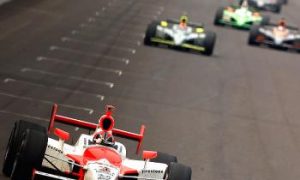 GOTHENBURG, Sweden—As the global hunger for renewable energy becomes more pressing, Norway has high hopes for the future—in the form of salt. For 12 years, the Norwegian company Statkraft has been researching new energy technologies and is now confident that is has a viable alternative. On Nov. 24, Norwegian Crown Princess Mette-Marit opened the world’s first osmotic power prototype in Tofte, outside Oslo, Norway.

Osmotic power is generated through the interaction of seawater with fresh water. The two waters are separated by a membrane, producing the phenomenon of osmosis, drawing fresh water through the membrane to the saltwater side. This creates pressure on the salt water side which is used to drive a turbine.

“It shows that the solutions to climate challenges may lie closer in time than we previously thought, giving us a great hope for the future,” said Statkraft CEO Bård Mikkelsen, in a press release.

Scientists believe that half of the EU’s energy needs could be met by salt power, touted as renewable and emission-free. Statkraft says that salt power will significantly contribute to international environment-friendly power plants since salt power plants can, in principle, be built anywhere where fresh water flows into the sea.

“This technology does not cause any noise or pollution and can be integrated into existing industrial areas, such as in the basement of a local industry building,” says the company Web site.

The prototype plant will run for two to three years with the goal of building a full-scale salt power plant in 2015.