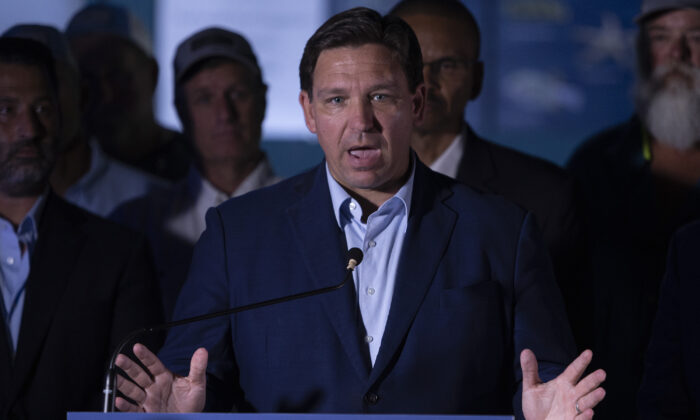 The original headline published in June 2021, which read “DeSantis signs bill requiring Florida students, professors to register political views with state,” has recently been updated with “DeSantis signs bill requiring survey of Florida students, professors on their political views.” In its latest version, the editorial team added a correction, claiming the change was made “to more accurately reflect the language of the bill in question.”

Salon Executive Editor Andrew O’Hehir told CNN that the old headline “conveyed a misleading impression of what the Florida law actually said, and did not live up to our editorial standards.”

Previous efforts by DeSantis’s office seeking a correction last year, however, were in vain, said his spokesperson Christina Pushaw.

“It should have happened much sooner,” Pushaw told CNN in a Thursday email. “The Salon reporter and editors should have read the legislation before writing an article about it.”

The Florida law in question (pdf), signed by DeSantis in June last year, requires state colleges and universities to conduct annual viewpoint diversity surveys, so as to collect feedback from Florida’s post-secondary students on the intellectual freedom of the campus environment.

Participation in the survey is both anonymous and voluntary, Bryan Griffin, a spokesman for the Republican governor, told Fox News on Wednesday.

“This same fake claim was circling the liberal Twittersphere after the bill was signed in 2021. It was debunked then. It has been debunked again, now,” Griffin said.

The recent correction came after the 2021 Salon story resurfaced and went viral on Twitter last week, widely promoted by high profile liberal users including Florida agriculture commissioner Nikki Fried, who is running for the Democratic nomination for governor to challenge DeSantis. As multiple fact-checks appeared debunking the narrative, she later deleted her post linking to the Salon story.

Novelist Stephen King, a vocal critic of Republican politics with over 6.7 million Twitter followers, also posted the story on July 5 and received more than 25,000 shares and 135,000 likes.

King eventually deleted it four days later and publicly apologized on Saturday. “That really was fake news,” he wrote in a Twitter post. “Sorry.”