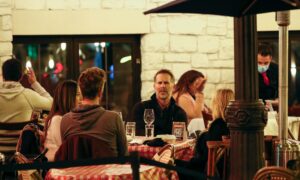 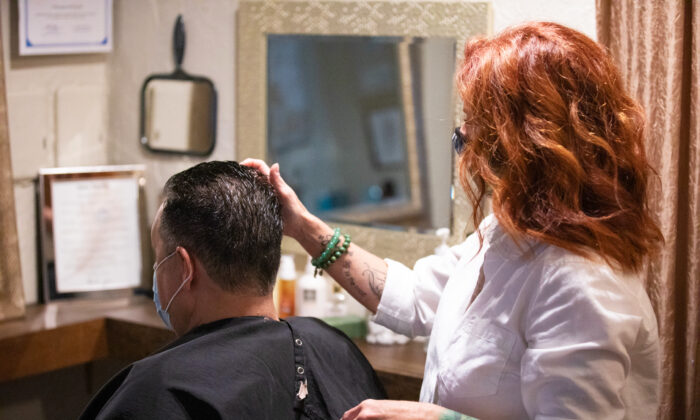 Salonists and hairstylists across Southern California expressed some relief after Gov. Gavin Newsom lifted the region’s mandatory stay-at-home orders on Jan. 25, although they are confused by the timing of the announcement.

They also continue to feel uncertain because of so many changes in restrictions over the past several months; the changes, which have come quickly, make planning difficult.

“Our clients are confused, we are confused. … I think we should have been notified long before the public with a justifiable reason as to why we are safe now and we weren’t two days ago,” Jackie Little, a stylist and salon owner in El Cajon, told The Epoch Times.

She feels the shutdowns weren’t backed by enough evidence, and “it just appears this whole shutdown was political.”

Little added that it’s difficult to navigate reopening without any warning when most salons work by appointment.

“This is tremendously stressful, because we once again need to prepare for safe reopening and it’s costly. We haven’t worked in six weeks.”

Tamarie Brown, owner and hair stylist at the Fixx Studio in Huntington Beach, told The Epoch Times on Jan. 25: “With such short notice and no clear answers to the next steps at a county level, it just adds to the stress of it all. I’ve been an emotional basket case all day trying to come up with the best game plan.”

Newsom lifted the order based on decreasing hospitalization and intensive care unit (ICU) rates throughout the region. However, the number of reported COVID-19 cases is as high as ever, and that makes salon owner Christie Nguyen also wonder why the change now. Still, she’s happy about it.

Nguyen, owner of Studio 18 in Tustin, told The Epoch Times the Jan. 25 announcement offers salonists a “sliver of hope.”

The region will still be restricted by the regulations of the purple tier of the state’s Blueprint for a Safer Economy.

“It’s a nightmare [that] small businesses have experienced for almost a year now, and it is coming to an end, hopefully,” Nguyen told The Epoch Times. “We definitely know, because we’ve been shut down three times in less than a year.”

Since last March, her salon has only been open 15 percent of the time; she followed all regulations. She said she’s excited to get back to work, once her employees are properly trained to ensure safety and sanitation.

“Really at the end of the day, it comes down to us being able to survive,” Nguyen said. “My parents, they’re immigrants from Vietnam, and this is their American dream that they had built.”

She said she and her parents, who founded the salon and are still heavily invested, are on the “brink of financial ruin,” so the reopening “is like a lifeline.”

Brown said she’s lost 50 percent of her business since the start of the stay-at-home orders. Even though she’s thrilled to get back to work, she said she’s absolutely terrified.

“The media has scared people to death with how they have presented COVID—the hospitals being bombarded with cases and ICU capacity at zero percent. While going back means going back to do what I love, it also means more financial stress than is already there,” she said.

“With half the clientele, I struggle to pay rent at my salon, as well as provide for myself at home with bills and mortgage.”

Brown said the stay-at-home orders have been “devastating for so many in this industry.

“I know several people in the suites with me haven’t gotten their unemployment yet either with the transition to the new year. It’s a mess, and the funding or help they claim is there isn’t there.”

No Help From State

Michelle Wilson, founder of the Coalition for Salon Professionals & Personal Services, said she doesn’t know if the reopening  “does much to help our industry.”

“Many of us have continued to work quietly, doing house calls or working in our salons when allowed to by the owners,” Wilson told The Epoch Times.

She said the salonists weren’t being defiant; they were simply trying to survive. EDD pandemic unemployment claims ended Dec. 26, 2020, she said, and “they are still so backlogged, people are still waiting for payments.

“They are experiencing nearly a month with no income or assistance from the state. For many, it has been a choice between working ‘illegally’ to put food on the table or having their families go without,” Wilson said.

In addition, she said some members of her group—more than 3,000 salon professionals across California—told her their bookings are down by 75 percent because of the stay-at-home-order and fear of the virus.

“Some have left the industry altogether, closed salons and businesses, and are trying to find new sources of income,” she said. “It’s very sad really.”

Barstow-based manicurist Perri Torres told The Epoch Times that it’s frustrating to be paying rent and have her salon space be empty during the shutdowns. And even when restrictions have been eased, it doesn’t fill up the way it used to.

“I have always had a solid loyal customer base that took me years to build. I was solid, especially since I have worked in the same town for 31 years,” Perri said.

“But after every shutdown, I go back to less and less customers. Even the customers are tired of all the back and forth, and never knowing if I will be working tomorrow has caused a lot of them to rethink getting services done again. It’s hurt our industry as a whole.”

Tam Nguyen, co-founder of Nailing It for America, said the stay-at-home order has been especially hard for Vietnamese-owned businesses in Little Saigon, a district between Garden Grove and Westminster in Orange County.

“We make up 80 percent of the 11,000 nail salons in California that are owned by Vietnamese Americans,” Tam told The Epoch Times. “Unfortunately, there are already a lot of restaurants in our community that have closed permanently, and of course, they can’t be helped.”

Tam said he is “heartened to hear that the COVID-19 numbers are going in the right direction from today’s announcement by the governor’s office.”

“There are those who are hanging by a thread who still have back rent to pay, who’ve been decimated by this,” he said. “I can’t help but think of a couple of family-owned businesses here in Orange County that have suffered immeasurable pain.”

Some question whether the timing of Newsom’s move to lift the order is politically motivated, as pending lawsuits from struggling business owners move through the courts and recall efforts against the governor gain momentum.

But Newsom said that’s “complete and utter nonsense,” pointing back to the variables used to determine a downward trend in ICU capacity projections.

The stay-at-home order was imposed in December when ICU capacity for the region dropped below 15 percent; officials said on Jan. 25 that four-week projections suggest capacity will rise above the threshold. The state projects an ICU capacity rate at around 33 percent by Feb. 21.

Still, coalition founder Wilson said rebuilding her business will be hard. She predicts it will take some time for clients to start coming back to salons.

“There’s a plethora of reasons I see rebuilding to be difficult, to say the least,” she said. “The ICU capacities, which have been the reasoning behind this, have not appeared to improve. So there is still a very real fear of the virus among some of the public; whether that is warranted or not is a personal opinion.”