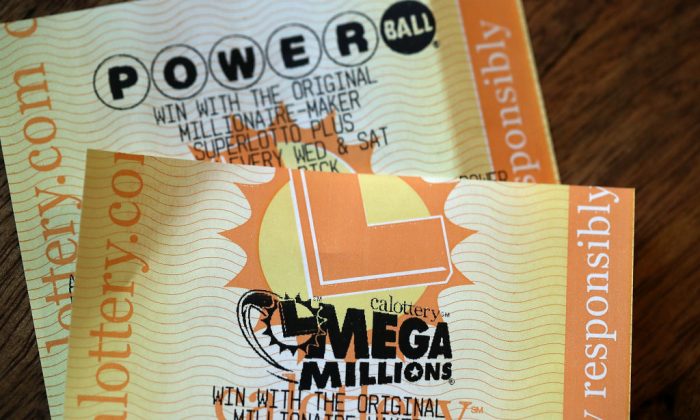 A lottery ticket now worth $521 million was sold in New Jersey, according to lottery officials.

The ticket is part of the Mega Millions lottery and the winner has not yet come forward.

The New Jersey Lottery said on Saturday that the ticket was sold at a Lukoil gas station in Riverdale in Morris County.

Riverdale is about 30 miles outside of New York City.

“I woke up to that news and it’s great,” owner Ameer Karass told The Associated Press. “I’m really happy for the winners.”

He said a lot of people were calling him and stopping by the station to congratulate them after the news was announced.

“It’s a celebration. It’s Christmas coming in Easter,” he said.

Nash Riad, who helps manage the station, said he isn’t sure who bought the winning ticket.

If you won the mega millions tomorrow what are the first 5 things you would buy?

Mega Millions drawings are held every Tuesday and Friday.

In addition to the grand prize winner, two people won $1 million each for getting five numbers correct. Those winners bought a ticket in Ohio and Texas, respectively.

While officials wait for the grand winner to come forward, a person who won $200,000 a few years ago after buying a ticket at the same Lukoil had some advice to the winner concerning their winnings.

“Save it, invest it,” Pat Matano told ABC News.

Matano said the money has been a nice cushion that “just lets you live a little more comfortably.”

Matano warned the winner that many people would be coming around and there may be hard choices to make.

“You’ll have a lot of relatives, a lot of friends coming out … Just do the right thing,” he said.

Mega Millions is played in 44 states plus Washington and the U.S. Virgin Islands. The jackpot is the 10th largest in the nation’s history.