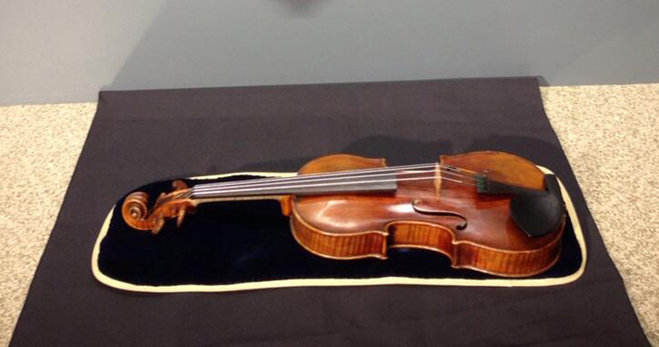 Salah Jones has been named as the chief suspect in the theft of a Stradivarius violin in Milwaukee that has an estimated value of $5 million. Universal Allah and Latoya Atlas were also arrested

Because of its rarity, the instrument is described as “priceless.”

None of the suspects have been charged but all remain in jail.

Jones aunt told TMJ4 that police raided her home but didn’t find anything.

However, police have recovered the violin, they annoucned on Thursday.

Police told CBS that they plan on charging the suspects by Friday.

Almond was walking out to his vehicle after a concert at Wisconsin Lutheran College on January 27 around 10:20 p.m. when he was approached by two people, one of whom used a tazer on him.

The suspects then grabbed the violin and jumped into a waiting vehicle, which sped off.

The violin is 300 years old and was on loan to Almond.