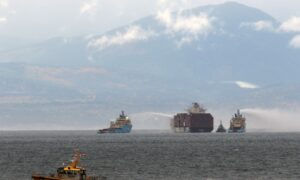 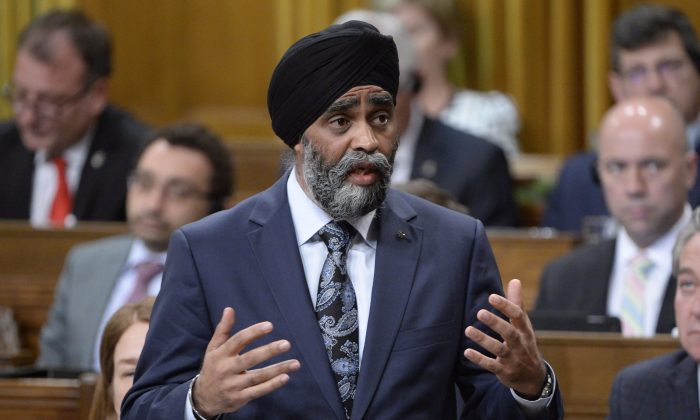 Defence Minister Harjit Sajjan responds to a question in the House of Commons on May 2, 2017. (The Canadian Press/Adrian Wyld)
Canada

Sajjan Pulls out of Veterans’ Fundraiser Amid Afghan Battle Controversy

OTTAWA—Harjit Sajjan has bowed out of an annual fundraising event originally set up for veterans of the war in Afghanistan, an event whose main beneficiaries include military personnel returning from combat.

The embattled defence minister, however, went ahead with a speech on May 3 to members of the Conference of Defence Associations Institute, billed by his department as an update on “the state of Canadian defence.”

Sajjan had been scheduled to speak at the 8th annual “To the ‘Stan and Back” event on May 2, but founder Cheri Elliott said she was told a scheduling conflict had arisen and he would not be able to attend.

“The official reason for his not being able to attend is he was asked to be elsewhere at the time. That is what I was told,” said Elliott, the mother of a serving Canadian Forces member.

The minister spoke at the same event last year, which raises money for service members as well as first responders dealing with PTSD and other psychological trauma.

Sajjan, a former soldier and veteran of the Afghan war, was back in question period May 2, where he again met sustained fire for having exaggerated his role in Operation Medusa, a key battle involving the Canadian Forces in Afghanistan in 2006.

Prime Minister Justin Trudeau stood alongside his defence minister as interim Conservative leader Rona Ambrose picked up where she had left off the previous day, again calling for Sajjan’s resignation.

Ambrose accused Sajjan of having embellished his military record for political gain, while Trudeau praised Sajjan’s “exemplary record” as a soldier, police officer, and minister.

The prime minister also rebuffed NDP calls to open an inquiry into the treatment of detainees in Afghanistan, which Sajjan had earlier refused.

The partisan bickering extended beyond question period, as the Liberals pushed back a so-called opposition day that they had promised to the Conservatives for Thursday, May 4.

Conservative House leader Candice Bergen accused the government of postponing the opposition day until next week to avoid a full day of questions about Sajjan’s comments and conduct.

Central to that would have been a non-binding motion the Tories say they intended to table and which would have seen MPs vote on whether they still had confidence in Sajjan.

“It would have been all day on Thursday, and instead they’re running scared.”

Government House Leader Bardish Chagger, however, said the scheduled opposition day had to be postponed because more time was needed this week to debate a bill that would implement the budget.

“There’s a slight tweaking taking place in the calendar because we do need to debate certain pieces of legislation,” she said.

Meanwhile, a watchdog group that tracks military imposters says many veterans are still upset with Sajjan despite his apology May 1, but that Ambrose went too far in accusing him of “stolen valour.”