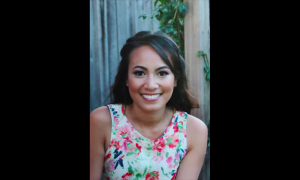 Friend of American Killed in Paris Speaks Out, Was From Town Where Terrorist Lived
0

Attacks in Paris: Life Goes On, Despite the Tension
0 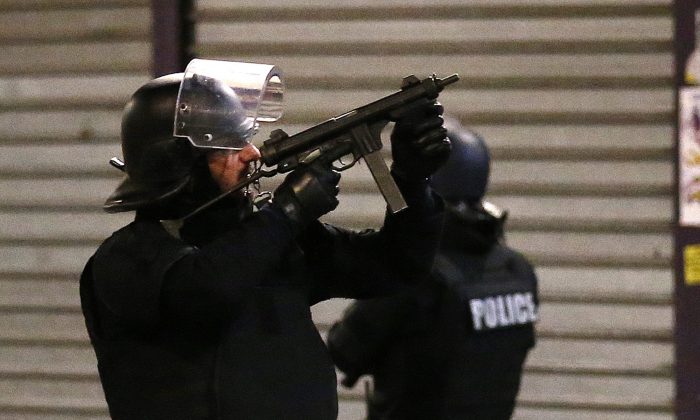 Police forces prepare in Saint-Denis, a northern suburb of Paris, Wednesday, Nov. 18, 2015. Authorities in the Paris suburb of St. Denis are telling residents to stay inside during a large police operation near France's national stadium that two officials say is linked to last week's deadly attacks. (AP Photo/Francois Mori)
Europe

A woman blew herself up during a French police raid on November 18, killing two and wounding six others.

The suicide bomber detonated a vest as the apartment was stormed, following an exchange of gunfire between her and police in Saint-Denis, France.

The raid was linked to the Paris attacks. Abdelhamid Abaaoud, a Belgian jihadist who has been called the mastermind of the attacks, was one of the people targeted by the raid, but it’s not clear yet whether he was apprehended. He’s also known as Abdel-Hamid Abu Oud. The suicide bomber was reportedly his cousin, and had been under surveillance for several days.

Saint-Denis is a suburb of the capital city, close to Stade de France, the stadium that was targeted by three suicide bombers late last week.

Eight people were arrested in the raid, including three men inside the apartment and two people found hiding in the rubble.

Five police officers were wounded. An unidentified man was killed by a grenade, while a police dog was also killed. A passerby was also wounded.

“We heard so many booms,” she told NBC News. “I’m shaking. We are very scared, I can’t stop crying.”

“We could see bullets flying and laser beams out of the window. There were explosions. You could feel the whole building shake,” added Sabrine, a downstairs neighbor from the apartment that was raided.

Local Jawad Ben Dow said that it was actually his apartment that the woman was in.

“Someone asked me to put two people up for three days and I did them a favor, it’s normal,” he said. “I don’t know where they came from I don’t know anything. If I’d known do you think I’d have done it?”

He was later arrested.

Sources told Reuters that the raid stopped a jihadist cell that had been planning an attack on La Fedense, Paris’s business district.

At least two suspects believed to be involved in the attacks are still unaccounted for, including Salah Abdeslam.