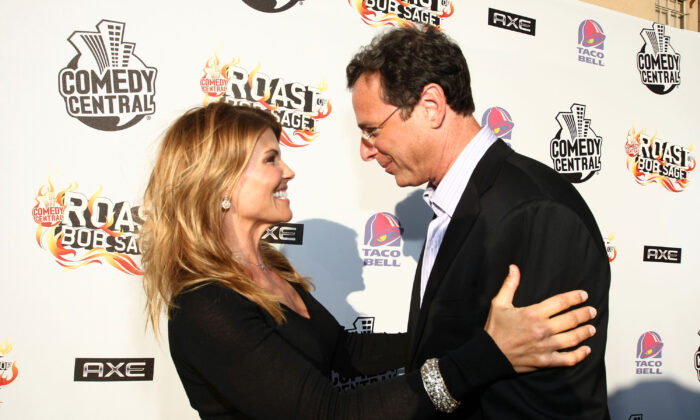 Aubrey Saget, the eldest daughter of recently-deceased Robert Saget, shared a post on Instagram late Sunday alluding to her father getting ready for his next act.

“Thank u. Love u. Showtime!” said the message which was sent by Bob Saget to his daughter. It was not clear whether this was his final correspondence with her. The screenshot was posted as a tribute to the much-loved comedian and sitcom artist.

Bob Saget was found dead in a room at the Ritz-Carlton Orlando, Florida. The Orange County Sheriff’s Office said in a tweet that they had found the actor “unresponsive” in his hotel room with no signs of drug use or foul play. He was 65.

“We are devastated to confirm that our beloved Bob passed away today,” the Saget family said in a statement to Fox News. “He was everything to us and we want you to know how much he loved his fans, performing live and bringing people from all walks of life together with laughter.”

Saget was well-known for hosting “America’s Funniest Home Videos” and his portrayal of a single dad in the sitcom, “Full House.”

“I don’t know what to say. I have no words. Bob was one of the best humans [sic] beings I’ve ever known in my life. I loved him so much,” Candace Cameron Bure, who played Saget’s daughter on Full House, said on Twitter.

Comedian and ex-host of The Daily Show, Jon Stewart, said in a simple tweet, “Bob Saget… Just the funniest and nicest…”

After the death of his sister Gay to scleroderma, a rare and life-threatening autoimmune disorder that affects the skin and connective tissue, Saget spent almost three decades raising awareness for the disease.

He served on the board of the Scleroderma Research Foundation, along with Dr. Luke Evnin who was diagnosed with the disorder in 1998.

“Bob was one of those people who didn’t just work with you, he connected with you first as a person and then he would work with you. That was his superpower, if you will,” said Envin to The Hollywood Reporter.

“To see such a relatively young man, so vibrant and with such a huge heart, leave now right in the middle of the power of what he could do … I don’t have words for it. It’s devastating,” he added.

In a May 2021 Instagram post, Bob Saget said, “I lost my sister to this disease in 1994 and it’s one of my life‘s missions to help find a cure for this disease that took my sister’s and so many others’ lives.”

He said while speaking to NIH Medline Plus Magazine in 2019, that there were new drugs that were helping people afflicted with scleroderma, “But we have a long way to go to get to even more effective treatments and eventually a cure,” reported People.

Saget leaves behind his wife, Kelly Rizzo, whom he married in 2018, along with three daughters, Aubrey Saget, 34, Lara Saget, 32, Jennifer Saget, 29, and their mother, his ex-wife, Sherri Kramer. Saget was married to Kramer from 1982 until 1997.