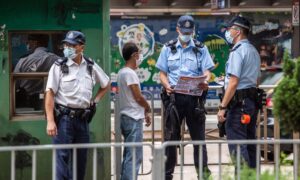 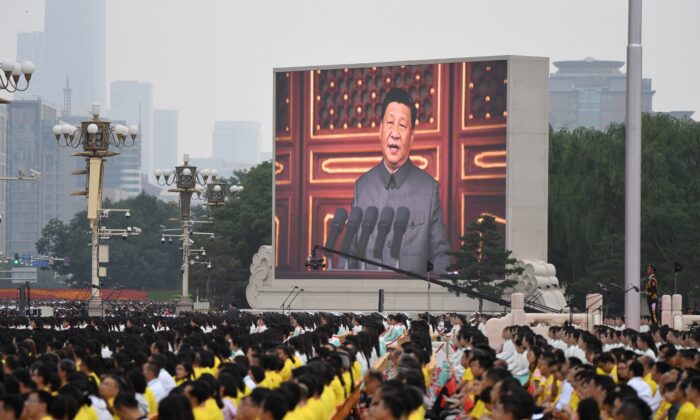 I’ve written earlier in these pages on how China’s judiciary, flawed to start with, has been deteriorating further with each passing year of Xi Jinping’s leadership and how that deterioration is a natural and logical outcome of his attempt to gain stronger political control over not only the Chinese Communist Party (CCP), but the country and its people as a whole.

In short, the CCP can’t achieve its set goals without strengthening its ability for long-arm policing, not only over its neighbors, but far and wide, including in North America and Europe. The vigor with which this is pursued should make it clear to any observer that this latter part is considered key to this campaign.

It also happens to be right here, in the international arm of its campaign, where Western lawmakers, often at a loss at how to respond to Chinese power grabs, have the opportunity to take action that not only limits such expanded influence and safeguards the ever-growing diaspora of Chinese human rights defenders who have fled China, but take action that puts pressure on the CCP to roll back some of these developments in China, thus affecting China itself and helping the Chinese people.

China carries out a significant and growing array of blatantly illegal operations on foreign soil. Occasional media reports will highlight brazen kidnappings, but more often than not, such actions take place away from the limelight, in South East Asia and Central Asia.

In the United States and Canada, as well as other places, there’s a growing body of evidence of how police officers travel to destination countries to carry out targeted and systematic campaigns to harass and intimidate those critical of the CCP. In San Francisco, a car was painted to resemble a Chinese police cruiser and driven around neighborhoods with large ethnic Chinese populations.

In Europe and the Middle East, a growing body of evidence is coming to light on how the CCP targets exiles and threatens them into becoming spies in their respective communities. Going after Chinese abroad by threatening family or loved ones still in China is routine.

However, a significant amount of the Chinese regime’s expanded reach is through cooperation with foreign governments, and it isn’t only Central Asian dictatorships or illiberal regimes in South East Asia, but also the United States, Canada, a variety of European governments, and beyond that enable this.

This concerted and systematic strategy of expanding the reach of China’s extraterritorial policing over ethnic Chinese (even non-Chinese citizens) requires our cooperation, and we are, often without proper diligence and risk assessment, giving the CCP a helping hand. There are instances where such cooperation is made intentionally because the cooperation is also sought, if for different purposes, by Western governments. But many times it’s a result of ignorance, and we merely sleepwalk into such agreements, not realizing the reasons why China is seeking them, nor the consequences that come with them.

By challenging China’s seeking of expanded judicial cooperation, on account of the deterioration of law in China and the increased repression on civil society, and refusing to expand such cooperation and initiating a whole-of-government review of existing forms of cooperation—because they’re myriad—Western governments can not only limit China’s growing power abroad, but put real pressure on China to reverse its domestic policy in this regard.

Through seeking to sign often insignificant—in practical terms—memorandums of understanding (MOU) on potential cooperation regarding readmission agreements, information sharing on corruption-related issues, cooperation on disguised extraditions, and extradition treaties—the jewel in the crown—China is expanding its international reach, but also step-by-step building legitimacy for such cooperation.

The fact that some of those sought and gained forms of cooperation have yet to have had significant practical outcomes shouldn’t detract from just how important such developments are: What the CCP is doing is laying the foundation for legitimizing such cooperation and, for each agreement, creating leverage toward others to sign yet more of them, slowly building up to seeking full extradition treaties with a growing range of countries.

Just recently, Safeguard Defenders exposed a number of such developments, from Switzerland having a secret agreement allowing access to the Schengen area of agents of the MPS to UNODCS—the U.N. agency in charge of cross-border and corruption crime cooperation—signing an MOU with China’s National Supervision Commission (NSC) and refusing to release its content to what’s happening in Cyprus right now.

Due to an extradition case in Cyprus—the first test in a courtroom of having a Chinese national extradited to China—a spokesperson from the Cyprus Ministry of Justice appeared in court for cross-examination, where it was made clear that, prior to signing the extradition treaty, no due process on its potential implications was performed. As to why Cyprus had signed such an agreement, it could only defend its action by saying that other countries had signed, so why shouldn’t it?

It was less than a year ago when Belgium, at the heart of the EU, had its extradition agreement with China ratified. In fact, it happened after the EU had called on all of its member states to suspend similar agreements with Hong Kong. This year, Cyprus’ extradition agreement went into effect, as did Morocco’s. Turkey’s and Austria’s are likely to be ratified at any moment.

The most dispiriting part about all of this is that it’s made possible due to ignorance among foreign ministries across Europe and beyond. They’re equally unaware as to why China is so desperately seeking such agreements and what purpose they play in the CCP’s larger policy to consolidate power at home and extend it abroad.

When Xi came to power, only about 12,000 Chinese nationals sought asylum. In 2020, that number had reached nearly 110,000—and increasing compared with 2019, despite the coronavirus pandemic sweeping the world. More than 600,000 Chinese have fled China in this manner since Xi came to power, not including refugees (about 200,000 Chinese refugees at the time of writing) and those—likely the vast majority—who simply move out of China without seeking asylum. Nor does this include Hongkongers, now leaving the city in record numbers.

There’s nothing to indicate that these trends will subside, but rather, it looks as though they’ll increase. Via operations Foxhunt and Skynet, China now claims to have “returned” nearly 10,000 people through deportations, extraditions, but primarily via supposedly “voluntary” returns—but the real number is far higher.

With an ever-growing amount of Chinese nationals leaving China, dissidents forming groups abroad, and insiders who flee the country, the need for the CCP to expand its reach is only growing stronger by the day—and its use of both legal and illegal means will expand.

This desperate need by the CCP must be used against it. Full review of judicial cooperation is needed, current negotiations must be informed by these developments, and existing cooperation, when used for this purpose, needs to be suspended.

It needs to be made clear that the CCP’s policy in China is the reason why it will be refused what it wants and that only by revising its policy at home will it be allowed to be taken as a responsible actor abroad, and that until that happens, foreign governments will no longer allow the CCP to expand its reach abroad.