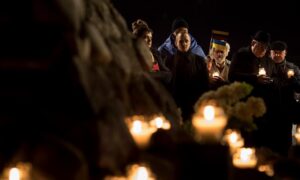 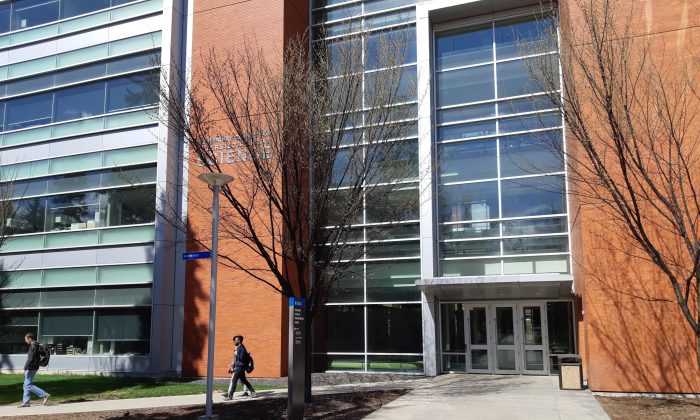 A building on the University of Alberta campus in Edmonton on April 24, 2019. (Gary Bai/The Epoch Times)
Canada

Alberta’s minister of advanced education is taking action to address concerns that Canadian research is being stolen by the Chinese regime or, even worse, being used by the communist state for military purposes or in human rights violations.

“We do have a problem, not just in Alberta but across Canada,” Demetrios Nicolaides told The Epoch Times. “We have great universities and great colleges that produce terrific and incredible research and new discoveries, but oftentimes we sell a lot of those research rights to other companies, including other countries.”

His department recently wrote to four Alberta universities asking them to stop pursuing any new or renewed partnerships with entities linked to China or the Chinese Communist Party (CCP). It also asked them to review their existing relationships with entities that have those potential links and ensure they “follow stringent risk assessments and due diligence.”

“I am deeply concerned about the potential theft of Canadian intellectual property and further concerned that research partnerships with the People’s Republic of China may be used by Chinese military and intelligence agencies,” Nicolaides said in a statement.

“More needs to be done to curb foreign state infiltration into our research and innovation centres, including our post-secondary institutions.”

In the interview, the minister said that “there is some concern from federal authorities, like the Canadian Security [Intelligence] Service, that some of this research could be used in ways that they are not intended to be used in, or be used for military purposes … or in human rights abuses.”

To curb potential foreign state infiltration into Canadian academic institutions, Nicolaides said the government needs to provide a clear framework to academia for handling collaborations with the CCP and other foreign organizations, including information on specific entities and activities that warrant particular caution.

Nicolaides’ letter to the universities came in response to a Globe and Mail article on May 3 noting that the University of Alberta (UA) “is carrying out extensive scientific collaboration with China that involves sharing and transferring research in strategically important areas such as nanotechnology, biotechnology, and artificial intelligence.”

Since 2005, when UA signed an agreement with the Chinese Ministry of Science and Technology to establish a joint research labs program, 60 professors have received grants for over 90 joint projects with state and national labs in China. Moreover, UA researchers have gained access to at least 50 of those labs.

The four institutions Nicolaides wrote to include UA as well as the University of Calgary, University of Lethbridge, and Athabasca University. They have 90 days to submit a report to the Ministry of Advanced Education.

“We don’t have a very thorough understanding right now of how our universities and colleges are working with the CCP or the People’s Republic of China,” Nicolaides said.

“It’s important that we get a good level of understanding as to what kinds of partnerships are our universities engaged in, what type of research activity are they working on, … what is that level of involvement and how our universities and colleges are involved.”

Nicolaides also noted that the risks Canadian academics face in their dealings with CCP-linked entities have become “more concerning” over time, so it’s critical that Canada be very cautious and “keep our eyes on what’s happening.”

According to an Australian Strategic Policy Institute (ASPI) report, the CCP links up China’s civilian universities with military and security agencies in order to leverage research to maximize its military power. Over 160 labs in those universities have been identified as having a strong defence-focused agenda.

Nicolaides said he would like to work closely with Ottawa in a co-ordinated response and to review the guidelines the feds has been developing.

In March, Innovation Minister François-Philippe Champagne announced a working group that would develop “specific risk guidelines to integrate national security considerations into the evaluation and funding of research projects and partnerships.” The guidelines are to be provided to the government for consideration by June 25.

Nicolaides stressed that the federal guidelines must be strong and clear. Should his department find them not strong enough and not going “as far as they need to,” Alberta would undertake to strengthen them, he said.

He said the intention is not to limit the work of researchers in any way, but to ensure security concerns are addressed.

“We just want to make sure that [their work] is not being used in unintended ways.”