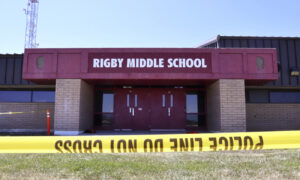 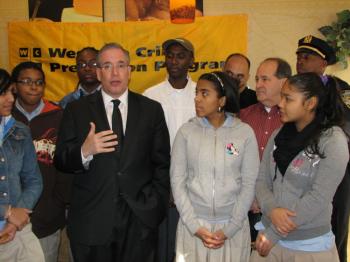 By Helena Zhu
biggersmaller
Print
NEW YORK—Since the Safe Haven program launched over 20 years ago, parents in the neighborhoods between 59th and 110th have been able to worry less about their kids on the street.

The award-winning program recruits local stores who are ready, willing, and able to offer help to a frightened child who may feel threatened while walking on the street. A participating store would identify itself with a yellow label and may then be a place for the child to duck, find friendly employees who will offer them shelter, or make a call to parents or police.

“Expanding the Westside Crime Prevention Program beyond the boundaries of the Upper West Side to include West and Central Harlem, Manhattanville, Morningside Heights, and Hamilton Heights means more safe havens in more neighborhoods for our kids,” said Stringer in a press release.

“This program proves that when communities work together with local law enforcement officials, we can prevent crime and increase safety for our most vulnerable New Yorkers.”

WCPP currently has over 300 Safe Haven locations on the upper West Side and is aiming to add 200 locations in the new areas by the end of the ongoing school year.

In addition to recruiting stores to join the Safe Haven program, WCPP also visits schools to inform children about the program and help them develop practical safety tips to stay safe on the streets of the big city. The first participating school in the Harlem community will be PS 180 at Morningside Avenue and 120th Street.

After the announcement, Stringer pasted a yellow Safe Haven label on the window of one of the new safe havens—a recently opened Subway sandwich shop at 281 St. Nicholas Avenue at 124th Street, owned by Anoune Mbengue, whose daughter attends kindergarten at PS 180.