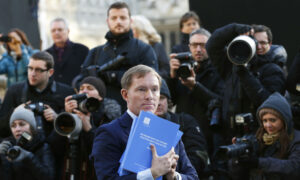 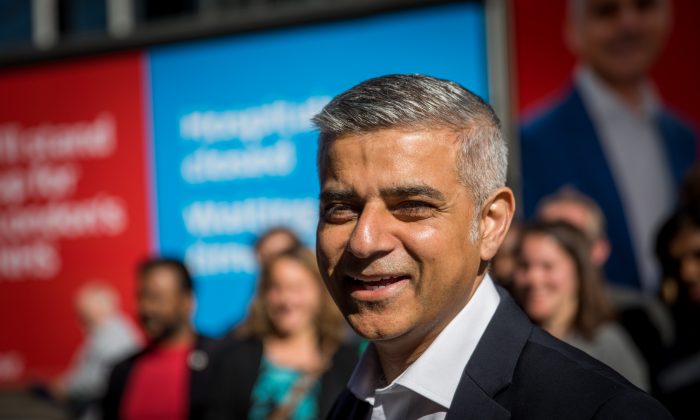 LONDON, ENGLAND - MAY 04: Labour's London Mayoral candidate Sadiq Khan and member of Parliament for Tooting speaks to supporters in Montgomery Square in Canary Wharf on May 4, 2016 in London, England. Londoners will go to the polls tomorrow to vote for Mayor Of London with Labour's candidate expected to beat Conservative Party rival Zac Goldsmith to the position. (Photo by Rob Stothard/Getty Images)
UK

UPDATE: The second round of votes gave Khan a resounding win over Goldsmith, and he now has a total of 57 precent to Goldsmith’s 43 percent.

The Labour Party has almost won London’s 2016 Mayoral election, with 44 percent to Sadiq Khan versus 35 percent to Zac Goldsmith after the first-round results, May 6.

Neither candidate obtained 50 percent of the vote, which means the election moves to a second round. Here, all but the top two candidates will stay in the race. Any voter whose first choice candidate is knocked out of the running, and picked Khan or Goldsmith as their second choice on the ballot, will now have their vote added to the leading contenders.

Predictions suggest the Conservative Party’s Goldsmith has too much ground to cover to be able to beat 45-year-old Khan—who will likely be named the first Muslim to be elected to the office.

Running on a platform of policies—which includes dealing with London’s current lack of affordable housing, instituting a modern and economical transportation system, and restoring the city to safe air quality levels—Khan looks to the mayoral seat with a 45.6 percent voter turnout, reported the BBC.

In 2005, Khan was elected Member of Parliament for Tooting—in South London—after working as a human rights lawyer, specifically in employment and discrimination law.

This wouldn’t be Khan’s first time making history; he was the first Muslim to win a London constituency when he won Tooting 11 years ago.

According to CNBC, Khan was born into humble beginnings. His parents—one a bus driver, the other a seamstress—were Pakistani immigrants of Indian descent. Khan, a native of London, was raised in government subsidized housing and attended public school

Congratulations @SadiqKhan. Can’t wait to work with you to create a London that is fair for all! #YesWeKhan pic.twitter.com/FqRjfY1xNT

Khan’s major opponent, Zac Goldsmith, a Tory, has run a campaign that critics have called “dirty” and “racist,” especially his December 2015 six-point list of attacks on his opponent.

This is not the @ZacGoldsmith I know.
Are we @Conservatives fighting 2 destroy Zac or fighting to win this election? pic.twitter.com/fzYBUDSjMG

If Kahn wins, he will succeed Boris Johnson, a Conservative who held the position for a total of eight years, or two terms.

In Scotland, the Scottish National Party (SNP) has won its third consecutive election, a first for any party in the history of the Scottish Parliament. Despite this, however, the SNP did not win a majority of parliamentary seats, securing just 49% of all seats.