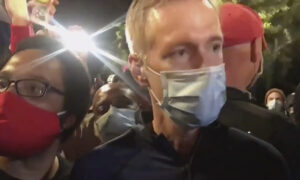 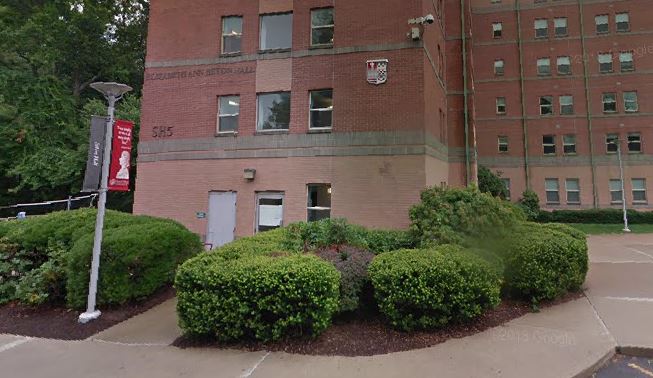 A lawsuit was filed on Oct. 29, 2018, against Sacred Heart University in Connecticut alleging the university shouldn't have held a pancake-eating contest there last year. A student, Caitlin Nelson, died from choking on pancakes on April 4, 2017. (Google Maps)
US News

The mother of a college student who choked to death during a pancake-eating contest last year has sued her daughter’s school.

Caitlin Nelson, 20, died while taking part in the contest that was held on the Connecticut campus of Sacred Heart University and sanctioned by the school. Funds raised through the contest were meant for charity.

The lawsuit from Nelson’s mother, Rosanne Nelson, was filed on Oct. 29 at the Superior Court in Bridgeport and claims the university was at fault for letting the contest happen.

The family of a Sacred Heart University junior who died from a pancake-eating contest is suing the university https://t.co/llDx9gwVMj

It seeks damages in excess of $15,000, reported the Wall Street Journal.

“These contests are significantly more dangerous than people realize and it’s critically important for the public—especially educational institutions—to understand that certain foods are safer than others and a modicum of forethought can literally save lives,” she said, recommending softer foods like ice cream for contests.

Caitlin Nelson was just 20 when she died after her school's pancake-eating contest. https://t.co/GIJPAM258T

Nelson began choking during the contest and a nursing student soon recognized what was happening.

“She starts to choke on a pancake and someone recognized it—one of the nursing students at the competition—and she caught her and brought her slowly to the ground,” Fairfield Police Lt. Robert Kalamaras told the New York Post. “And then she began CPR, basic life support, until officers showed up less than two minutes after the emergency call was made by one of the nursing students.”

Fairfield police officers and medics, though, weren’t able to clear her mouth and throat for an extended period of time.

Responding officers described the mass of pancake paste in her mouth and throat “like concrete,” according to the lawsuit, reported The Associated Press. They finally cleared the passageway but she had suffered significant brain damage and died three days later.

An autopsy concluded she died of asphyxia due to obstruction of her airway.

The lawsuit alleges Sacred Heart approved the contest and use of pancakes and also failed to have medical personnel on site in case of an emergency.

Students at the contest were holding food in their cheeks, a practice known as “chipmunking,” which can be hazardous, the complaint said. Nelson didn’t have experience in speed eating contests and began stuffing her mouth when the contest began.