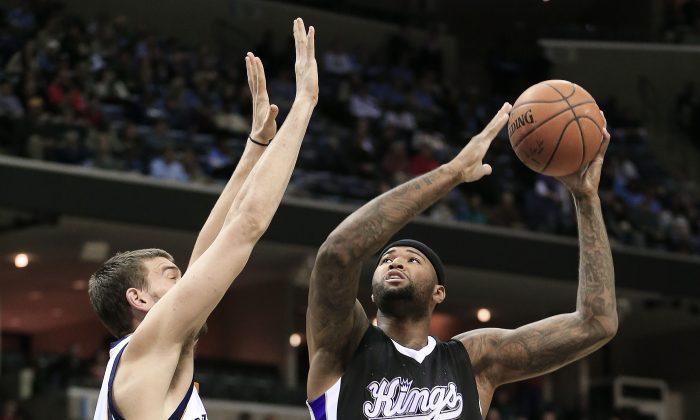 The Sacramento Kings have suffered a couple of tough losses but are still looking much better than last year.

The Kings started off 5-1 (although they’re now 5-4), and that early success has a lot to do with DeMarcus Cousins.

Already known as one of the most talented big men in the league, Cousins has now matured and been careful to avoid technical fouls or rough play, boosting his image around the league.

“I can’t really say anything about basketball has changed, but my mind has grown,” he told Bleacher Report.

The story notes that Cousins struggled after being picked by a franchise that was nearly being sold and whose owners weren’t focused on the future.

Cousins emphasized that he’s a good teammate and doesn’t believe he got Paul Westphal fired.

And he also says, while acknowledging that he’s expanded his mentality, that the media is partially to blame for his image.

“It really gets under my skin. Sometimes I feel like (the media) has so much control over what kind of person you can be, no matter what the reality is. You see guys they praise who they think are the greatest guys in the league, and they’re [expletive]—they’re the worst people ever. And then there are people they bash, for whatever reason, and you meet them and they’re the coolest people ever. I just hate that fact.,” he said.

“Some of what I get, I deserve; I do some dumb stuff sometimes. But I do not deserve the perception that I have.”

Rudy Gay has evolved since his days on the Memphis Grizzlies, the team the Kings lost to on Thursday night.

Gay has been criticized as a ball stopper for much of his career, including his stint with the Grizzlies.

Memphis head coach Dave Joerger, who was an assistant when Gay played for the team, sees a different player now.

“He’s taking his time with the basketball and not holding it,” Joerger told the Sacramento Bee.

“He knows what he wants with each catch, which is good for him. In his younger years, he kind of didn’t know what to do with it, so with the dribble he went sideways a lot.”

Gay is averaging more than 3 assists per game this season, and matched his career high with eight assists against the Dallas Mavericks earlier in the week.

“He’s so talented offensively that his challenge is to be more than a one-dimensional player, not just a scorer,” said Kings coach Michael Malone.

MEMPHIS, Tenn.—Marc Gasol couldn’t believe both defenders stayed with him when he set a pick at the foul line on the final play.

Courtney Lee couldn’t believe he was wide open under the basket for a reverse layup as the horn sounded.

And the Sacramento Kings were in disbelief that they squandered a 26-point lead and allowed the Grizzlies to convert Lee’s last-second shot into a 111-110 victory Thursday night.

“There’s not a lot words. That’s a fantastic effort to get back in that game to be down like we were,” said Memphis guard Mike Conley, who led the Grizzlies with 22 points and 11 assists. “It looked grim to be honest.”

The victory extended Memphis’ regular-season home winning streak to 18. But that seemed in doubt through most of the game.

The Kings dominated the game throughout and were still holding a 17-point lead with just over 7 minutes left. Memphis used a 16-1 run to cut the deficit but didn’t hold its first lead until a 3-pointer by Conley with almost 11 seconds left.

The Grizzlies’ only other lead came on the final basket from Lee, who was wide open as he leaped through the air to catch the inbounds lob pass from Vince Carter and caromed the layup off the backboard. The ball bounced on the bracket before dropping through the net for the largest comeback in franchise history.

Lee was open because Rudy Gay and Jason Thompson both stayed with Gasol as the Grizzlies center set a pick at the top of the key.

“I was in position where I could win the game or lose the game,” Lee said when asked if he got the shot off in time. “You’ve just got to go out there and try to make the right play.”

The outcome still had to wait on a lengthy review by officials, who wanted to make sure the Kings didn’t tip the inbounds pass, thus starting the clock earlier, and that Lee got the shot off in time.

“We lost the game, and it didn’t come down to that last play,” Kings coach Michael Malone said, later adding: “We built a 26-point lead and threw it away. “We didn’t deserve to win that game.”

Gasol had 20 points and Zach Randolph finished with 17. Lee scored 16 points and Carter had 11, including a trio of 3-pointers in a furious fourth frame when Memphis outscored the Kings 35-19, connecting on 63 percent of its shots.

Gay led the Kings with 25 points, while Cousins added 22 points and 12 rebounds. Darren Collison had 20 points, while Ben McLemore scored 17, but missed a pair of free throws with less than a second left to set the stage for the final sequence.

“It definitely is heartbreaking,” Gay said. “That’s the difference in a battle-tested playoff team and us.”