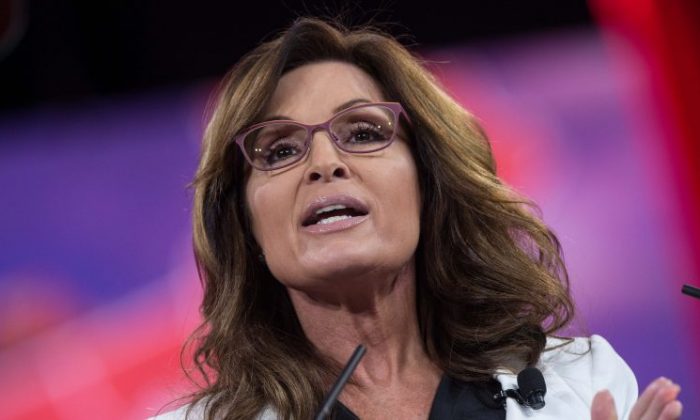 Comedian Sacha Baron Cohen has tricked a number of people into interviews for an upcoming project, including former vice presidential nominee Sarah Palin.

Cohen has apparently been employing a number of disguises and cover stories to dupe people into meetings, prompting questions over his tactics.

Ted Koppel said that he was asked to be interviewed for an upcoming Showtime series “Age of Reason,” and invited the production crew to his house.

Koppel said he was met by a man in a wheelchair, who also had an oxygen tank. The man was supposed to be an ordinary person, as Koppel was told the premise of the program was “ordinary folk interviewing the expert.”

Koppel began to suspect something was off when the man began to press him on questions regarding President Donald Trump, he told the Hollywood Reporter, and soon ended the interview.

Joe Arpaio, a former sheriff in Arizona, said that Cohen pretended to be a Finnish comedian doing a live interview as part of a show featuring the 20 most popular people in America.

He told Breitbart that he became uncomfortable over some of the language Cohen used but did not end the interview.

Palin said that she was led to believe she was being interviewed by a disabled United States veteran.

I was invited to a pro-Israel dinner that honored defenders of Israel. The producers said they needed to film a pre-interview that would air as a part of Israel’s 70th birthday celebration. #BoycottShowtime

She said in a Facebook post that she thought she was participating in an opportunity to honor American vets, and sat down for an interview “out of respect for what I was led to believe would be a thoughtful discussion with someone who had served in uniform.”

She ultimately left after experiencing disrespect and sarcasm, she said.

Former Rep. Joe Walsh, former vice president Dick Cheney, and former Alabama Judge Roy Moore are among the others who have publicly stated that they were tricked by Cohen into interviews, or been reported as being part of the show.

All of the people who have said they were tricked are Republicans apart from Koppel.

“And to undermine whatever tiny little bit of confidence might be left by pulling a stunt like this … maybe it will make for a good comedy show. I don’t know. But I don’t think it helps the overall atmosphere,” he said.

Cohen “is the premier provocateur of our time but not for the sake of ‘gotcha’ moments,” Showtime CEO David Nevins said in a statement. “Behind the elaborate setup is a genuine quest for the truth about people, places, and politics.”