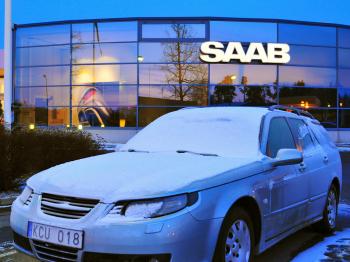 Saab’s Demise a Lesson for the Swedish Manufacturing Industry

TROLLHATTAN, Sweden—After a year of dramatic negotiations, the small but proud Swedish automobile maker Saab—known to be “born from jet planes”—got an order from parent company General Motors Co. last week to shut down operations.

An effort to sell the company to Dutch supercar maker Spyker had hit a snag late last week, but a last-ditch effort by the potential buyer has rekindled negotiations.

Saab’s fate now hangs in the balance, ahead of the Dec. 31 deadline set by GM, and has shocked the Swedes and the Swedish automobile industry. When the tides of initial shock subside, it is time for the Swedish manufacturing industry to wake up and learn from the experience.

Sweden has a tradition of producing premium cars, and will have much to lose if it fails to maintain competitiveness in the industry during the current crisis. It possesses high technical expertise in automobile engineering and production. The Swedish auto industry has inspired advancements in cutting edge technology in the field of safety systems, information technology; software-based automotive system, assembly methods, and research.

However, these advantages are diminishing quickly in the dynamic global economy. High production costs, the shifting of the demand of cars to distant Asian markets and the trend towards smaller, cheaper, and more energy-efficient cars are factors that work against the Swedish auto industry, according to an analysis by the Swedish Agency for Economic and Regional Growth.

The threats of global warming and high oil prices pose a challenge to the automobile industry, but simultaneously offer an opportunity to inspire innovation, learning, research, and enterprise, of which the Swedes were rather late to capitalize on.

Recently, Volvo Car Corporation—another leading Swedish automaker—surprised the industry with the release of its DRIVEe small cars. Both Volvo and Saab have several ongoing projects with promising hybrid and electric vehicle technologies.

Collapse of Saab Not Entirely Unexpected

The people of Swedish town Trollhattan, where the Saab factory is located, were caught by surprise when the GM message came just days before Christmas. Hopes for revival with the production of the new 9-5 model after the New Year were almost totally crushed.

The Swedish Minister for Enterprise Maud Olofsson said, at a rapidly summoned conference on the same day, that she was a surprised, and the decision was a heavy blow to all employees who have fought hard to save the company.

However, the outcome was not unexpected. Negotiations between the major players GM, the Swedish government, the European Investment Bank (EIB), and potential buyers have been turbulent because of conflicting special interests.

From the start, GM was set to focus on saving its core operations and wanted to get rid of the burden of maintaining a money-losing brand. The Swedish government said it would not risk taxpayers’ funds if Saab simply cannot compete in the marketplace.

The EIB, an affiliate of the European Union, would offer a loan of about US$500 million on favorable terms to the buyer, but requires adequate security—such as government guarantees—that the Swedish government refused. None of the potential buyers—Spyker and Koenigsegg—had proposed a convincing business plan for their interest in Saab.

In their simultaneous announcements, both GM and the latest bidder Spyker stated that negotiations for the sale of Saab had been discarded because “certain issues” could not be resolved within the deadline. No details of the “issues” were disclosed.