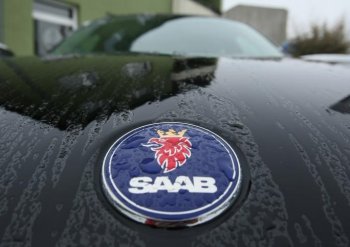 The logo of Swedish automaker Saab in Berlin, Germany. The partnership between Saab and the Chinese company Hawtai, which was announced last week, has been canceled. ( Sean Gallup/Getty Images)
Business & Economy

It was not possible to reach an agreement among all parties involved, according to a press statement from Saab’s Dutch owner, Spyker Cars. Negotiations with Hawtai continue, but Saab is now looking for partners elsewhere as well, albeit only in China.

“It is worrying that the parties could not reach a definitive agreement,” Swedish Prime Minister Fredrik Reinfeldt told Swedish Radio (SR) in a comment to the unexpected cancellation of what was presented more or less as a done deal last week.

Spyker’s CEO, Victor Muller, said recently that Saab presents the last chance for a Chinese company to buy a European premium car brand. He also said that he had been negotiating with two other Chinese companies apart from Hawtai. The Chinese companies had been chosen by a special Saab working group, after scrutinizing the Chinese market.

If a deal cannot be reached with Hawtai, Spyker will try to reach a similar agreement with one of the other interested Chinese automobile companies.

“This is a huge challenge for Saab, trying to find a perfect partner while facing an acute crisis,” Swedish minister for Enterprise and Energy, Maud Olofsson, commented to SR.

Spyker also announced that negotiations with the European Investment Bank (EIB) will continue.

The Saab factories in Trollhättan, Sweden, worth an estimated 29 million (US$42 million), will be used as collateral for any government guarantees tied to EIB. This money is needed to pay subcontractors and salaries, which is necessary if Saab is going to be able to take up production again.

As of this writing, Saab production lines have stood still for five weeks. Resolving this issue is now a top priority, according to Saab representative Gunilla Gustavs, in the SR report.