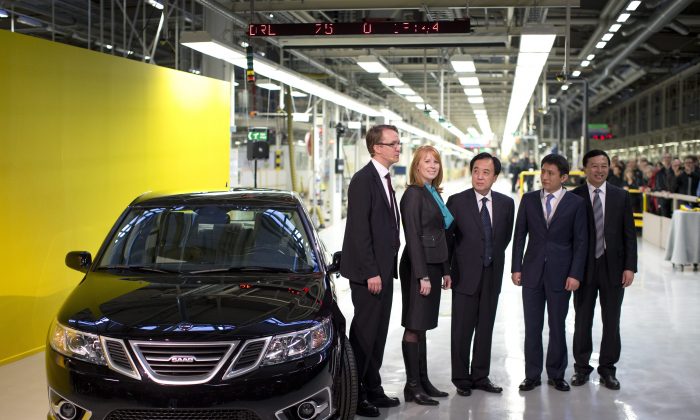 It has been a long wait for SAAB aficionados since the car’s production came to a grinding halt after the company went bankrupt in 2011. Production has been revived by its new owner, National Electric Vehicle Sweden (NEVS).

NEVS restarted the production of its 9-3 sedan model at its factory in western Sweden on Monday, much to the delight of Swedish auto enthusiasts. The first batch of vehicles are petrol-run models, with the production of the much-hyped electric version postponed until next year.

NEVS will start with a limited number of the 9-3 model for the Chinese and Swedish markets. SAAB has restarted production of the old model, as the company has been focusing on the supply network comprised of over 400 suppliers, rather than developing a new model.

U.S. automaker General Motors (GM) purchased a 50 percent stake in the firm in 1989 and went on to acquire full ownership in 2000. Though the sales rose to impressive heights in 2006, its fortune took a nose-dive in subsequent years.

GM filed for bankruptcy protection in June 2009, which forced it to sell off assets. Soon GM sold Saab to Dutch group Spyker, which in turn sold to NEVS in June last year.

The new owners are planning to set a modest target in the initial stages to make sure they achieve the forecasted sales. The company has recruited a team of over 300 people for the assembly unit and will soon reach into an agreement with spare-parts suppliers.