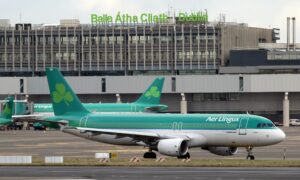 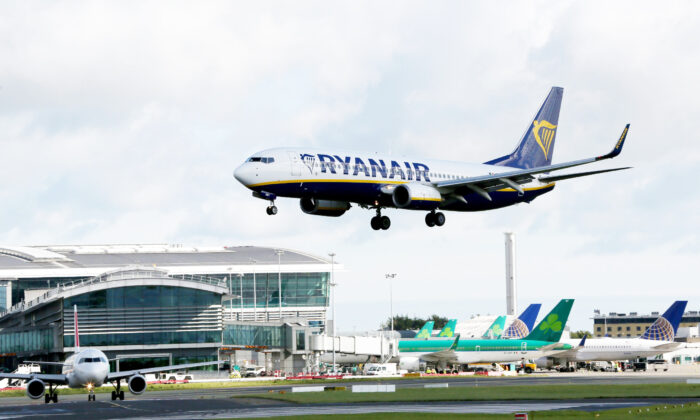 Ryanair has announced significant cuts to its flight schedules in response to the new lockdown and travel restrictions imposed by the UK and Irish governments to curb the spread of the CCP virus.

These new cutbacks will reduce its flight schedules from Thursday, Jan. 21 through to March. As a result, “few, if any flights” will fly from and to the UK and Ireland until these “draconian travel restrictions” are removed, the low-cost airline said in a statement.

Ryanair was critical of the Irish and UK governments over the lockdowns and travel restrictions.

“Ireland’s Covid-19 travel restrictions are already the most stringent in Europe,” a spokesperson for Ryanair said, “and so these new flight restrictions are inexplicable and ineffective when Ireland continues to operate an open border between the Republic and the North of Ireland.”

The airline urged the governments to accelerate the pace of vaccine rollouts. It also demanded NPHET, Ireland’s public health team, to release daily vaccination figures and “explain why they continue to run behind the vaccination rates of other similar sized EU countries.”

Why is Ireland so slow with the rollout of its vaccine programme compared to other countries?

What is NPHET doing to speed up vaccines?

Denmark, with a similar population, has vaccinated ten times the amount of people as Ireland in the same time period 👇 pic.twitter.com/97kezd06Zm

Airline companies have been hit heavily by the pandemic. Although Christmas bookings improved the travel figures from November to December, overall the passenger numbers were much lower than the previous year.

Finnair’s passenger traffic in December dropped 92 percent compared to the same period in 2019, and overall reduced by 76.2 percent for the whole year.

The Finnish traffic authority has suspended passenger flights from the UK until Jan. 11, though flights are still going from Finland to the UK.

“We continue to follow demand developments and authority instructions and adjust our flight program as needed. This goes for all our routes,” a Finnair spokesperson told The Epoch Times via e-mail.

Norwegian airlines saw a decrease of 94 percent in December compared to the same period last year. The capacity and total passenger traffic were both down by 98 percent.

“The pandemic continues to have a negative impact on our business as it has had since March 2020,” Norwegian’s CEO Jacob Schram said in a statement. “Norwegian was headed for a positive result in 2020; instead 2020 has been a very challenging year and we now find ourselves fighting for survival.”