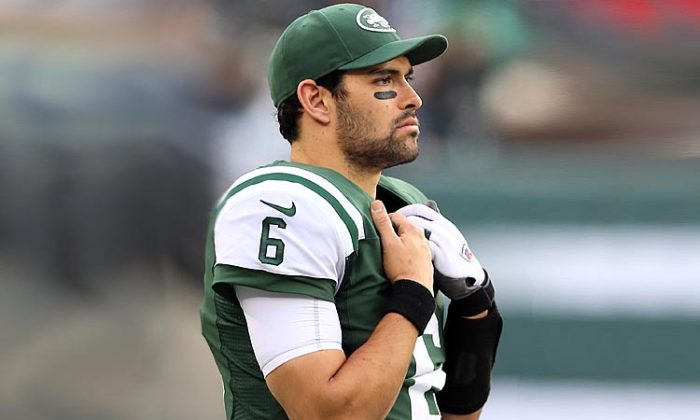 Mark Sanchez, who was benched last week in favor of Greg McElroy, will start again this week. (Elsa/Getty Images)
NFL

The embattled Sanchez who’s been booed mercilessly at home this season currently ranks 32nd out of 34 qualifiers in quarterback rating (71.4) for the last-place Jets, yet has started every game this season.

The Jets haven’t done much winning this year and Sunday against Arizona it took a save by McElroy—who led the team to their only score in relief of Sanchez—to pull out the win. Tebow meanwhile is less than a year removed from leading the Broncos to the second round of playoffs.