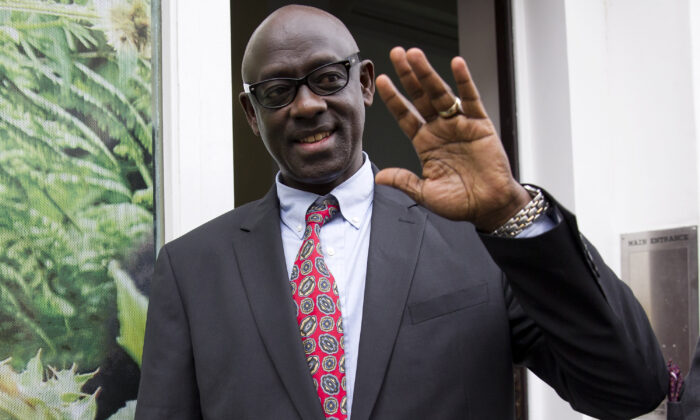 Immigrants deported to Rwanda from the UK will find “safety and security” and be treated with “dignity and respect,” the African country’s high commissioner to the UK said on Sunday.

It comes as charities are appealing the English High Court’s decision not to ground the first flight to Rwanda that’s due to take off on Tuesday.

The British government signed a £120 million ($146 million) deal in April allowing the UK to put some illegal immigrants on one-way flights to Rwanda, where they can be granted asylum or given access to other routes of settling down.

But the plan has been met with fierce opposition, with charities trying to remove people from the planned flights and stop the flights altogether.

In Twitter updates on Monday, campaign group Care4Calais said the number of people boarding the flight on Tuesday had been reduced from 31 to 10.

In an article published in The Sunday Telegraph, Johnston Busingye, Rwanda’s new high commissioner to the UK, defended his country’s motives for signing the deal and its ability to “provide safe haven to those in need.”

It follows media reports that alleged Prince Charles had described the UK–Rwanda deal as “appalling.”

Calling Rwanda “one of the most welcoming nations in the world,” Busingye said the country’s history meant it has a “deep connection to those seeking safety and opportunity in a new land.”

According to Busingye, Rwanda has helped the United Nations High Commissioner for Refugees (UNHCR) with evacuating migrants from Libya and has provided refuge to more than 130,000 refugees from neighbouring countries, as well as people who fled Afghanistan after the Taliban took power in the South Asian country.

“Rwanda’s story since the Genocide against the Tutsi is one of humanitarian intervention—Rwanda is consistently one of the top contributors to United Nations peacekeeping missions. Partnering with the UK to address a global issue involving human beings in peril is in keeping with our record,” Busingye wrote.

He said those who arrive in Rwanda will “find safety and security, and be treated with dignity and respect.”

He promised to provide asylum seekers with “suitable temporary accommodation” when their applications are processed and said they will be “free to come and go as they please.”

He also said unsuccessful applicants will be offered a legal pathway to stay and the authorities will help them integrate into Rwandan society.

The UK government said the tactic is aimed at breaking the business model of people smugglers, who ferry illegal immigrants to the island of Great Britain from Europe with flimsy boats across the dangerous English Channel.

But a lawyer representing two people on the government’s deportation list and three organisations challenging the plan said the Home Office’s view that Rwanda is a “safe third country” for asylum claims “was predicated on a complete misunderstanding” of the UNHCR’s views.

Appealing the High Court’s refusal to ground Tuesday’s flight, Raza Husain QC said the UNHCR was concerned about “deficiencies” in Rwanda’s process including “arbitrary denial of access to the process, lack of interpreters, absence of training and low numbers of eligibility officers, systemically biased decision-making especially in claims from Middle-Eastern applicants, absence of reasons for rejection, and inadequate appeals processes.”

Prime Minister Boris Johnson also defended the plan to deport illegal immigrants to Rwanda, saying the government is trying to “stop the business model of criminal gangs who are preying on people moving them across the Channel in unseaworthy vessels, risking their lives, and sometimes costing their lives.”