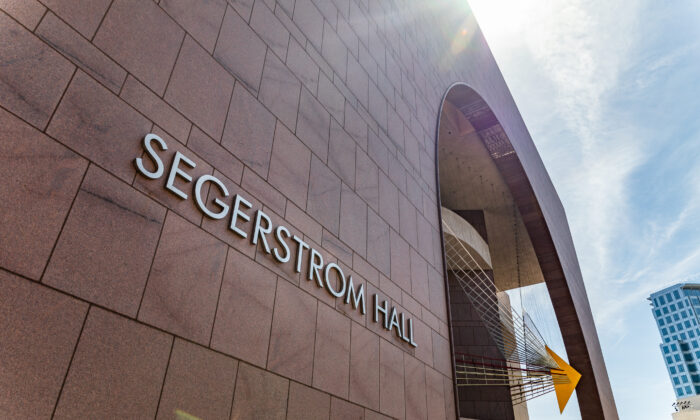 SANTA ANA, Calif.—Ruth Ann Moriarty, considered the matriarch of one of Orange County’s most prominent families and a noted philanthropist in her own right, has died at the age of 99.

Moriarty was the older sister of Henry T. Segerstrom, who developed South Coast Plaza and the adjacent Segerstrom Center for the Arts in Costa Mesa.

“We are deeply saddened that our mother, Ruth Ann, is no longer with us, but are very grateful to have been part of the long and vibrant life that she shared with us and others,” her children said in a joint statement issued Friday, the OC Register reported. “We will always treasure her incomparable legacy of service to communities in need.”

The Segerstrom family emigrated from Sweden in 1882. Moriarty’s grandparents worked in the dairy industry before becoming one of the largest independent producers of lima beans in the nation.

While at USC, she also met her husband, Eugene Moriarty, who died in 2011. They were married for 60 years and had three children.

While Henry T. Segerstrom, who died in 2015, earned considerable notoriety for his role in Orange County’s growth, Ruth was a major figure in many local charities and community groups, and also served as the family’s historian, helping to curate the 2017 exhibition, “Segerstrom Pioneering Spirit: An American Dream.”

Moriarty was also a lifetime member of the Salvation Army’s Orange County Advisory Board, served on the Humanities Board of UC Irvine and was a patron of the Segerstrom Center for the Arts.

In 1999, she was honored at the Salvation Army’s Spirit of Giving Awards.

“She was very committed to serving the homeless. She was extremely outgoing, friendly, and she was deeply passionate about our work,” the Salvation Army’s Justin Coleman told the Register.

Moriarty is survived by her daughter Jean; sons Richard and Donald; six grandchildren, and a great-grandchild.

No services are scheduled at this time, but memories and expressions of sympathy can be shared at www.fairhavenmemorial.com.