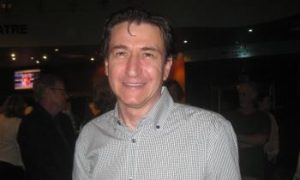 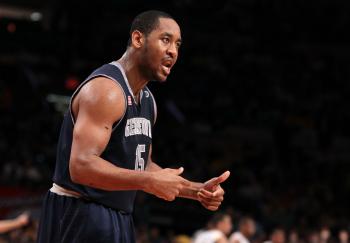 By Matt Sugam
Print
PISCATAWAY, NJ—A new day, a new game, but an all too familiar story for Rutgers basketball.

The Scarlet Knights competed, had chances to make a comeback and tie the ball game up, but the undermanned and undersized team were still unable to get a comeback win in the Big East.

And like the past few losses, the Knights stumbled out of the gates in the second half in the 74–65 loss to No. 19 Georgetown.

Down by six points at the intermission, the Hoyas opened up the second half on a 13–3 run. Despite the poor start to the half—and going down 44–28 with 15:29 left in the game—Rutgers was able to pull within four points with just under 10 minutes to go.

But that would be the closest the Knights would get.

“In the Big East you can’t have mental breakdowns,” Jonathan Mitchell said. “We had a few and it costs us.”

The senior forward had a strong game (13 points), but it was a freshman forward coming off the bench in Gilvydas Biruta who led RU.

Biruta—who was demoted from the staring lineup to the bench after a poor performance at UConn—led Rutgers with 14 points on 6-of-9 shooting.

“I felt that after the game, I would come off the bench because I didn’t do great against UConn,” Biruta said. “I knew that I wasn’t going to start before he [head coach Mike Rice] told me so I was ready for it….I deserved it.”

While he played just fine coming off the bench, the Lithuania native still found himself in foul trouble. Aside from that, the St. Benedict’s product continues to make vast improvement.

“If someone were to watch his first three games to where he was then to now, it’s staggering,” Rice said of Biruta. “He felt sorry for himself after the UConn game a little bit and I just wanted to wake him up a little bit with not starting him and I thought he responded very well.”

Along with giving up the threes, the Scarlet Knights can’t afford even the littlest mistakes.

“We have a small margin of error with this team being undermanned, undersized,” Mitchell said. “One or two mistakes are costly with us and tonight we had a few in the second half and it was tough for us to get back in it.”

After a 9–3 out of conference schedule, the smaller sized and shorthanded Knights have struggling in toughest conference in the country. Still, the first-year head coach thinks his team is taking steps forward.

“I think we’re improving and the L’s keep mounting. So you keep grinding and you keep improving in practice,” Rice said.

“I’m not satisfied with my guys work in practice. I think that’s where we’re missing a little bit and we can improve a bit more. But again, we’re going to grind it out—we got an extra day this week, and try to take on South Florida [on Thursday].”


Follow Matt on Twitter at www.twitter.com/MattSugam and tune in every Friday from 6 p.m. to 8 p.m. EST on WRSU-FM as he cohost’s Scarlet Fever discussing Rutgers, Big East basketball, football, and other New York sports.