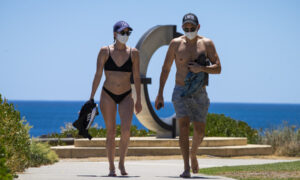 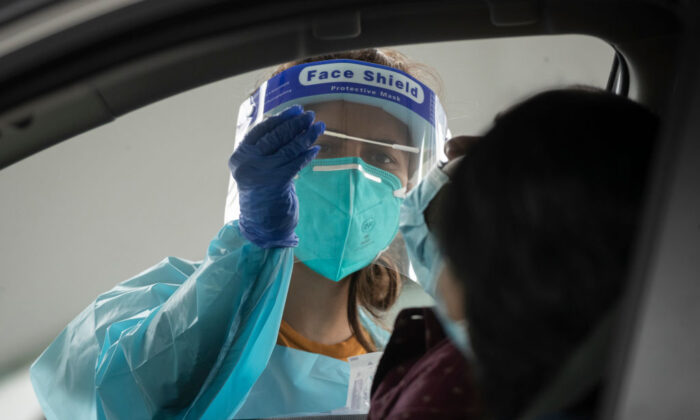 A health worker carries out a COVID-19 testing at the Merrylands drive-through clinic in Sydney, Australia, on Jan. 7, 2021. (Brook Mitchell/Getty Images)
US News

A research professor at Rutgers University who developed the first saliva test for the CCP virus “died unexpectedly,” according to the university.

Andrew Brooks, 51, died on Jan. 23, the university said, adding that he “led the creation of the first coronavirus saliva-based test, which received FDA emergency approval last spring and has played a significant role in the fight against the COVID-19 pandemic,” said Rutgers, which is located in New Jersey.

“More than four million rapid response tests, which were the first approved for home use, have been performed since March, earning Brooks and his lab’s pioneering work recognition” by legacy media outlets, said the college.

“We cannot thank Andy enough for all he did across his career,’’ Murphy said, reported the New York Post. “He will be sorely missed by many.’’

Jay Tischfield, the head of Rutgers’ RUCDR division, said in a statement that Brooks “will be fondly remembered by the large cohort of scientists whose research he facilitated across many years.”

Last year, Brooks made reference to the saliva test, which serves as an alternative to the nasal PCR tests.

“It means we no longer have to put health care professionals at risk for infection by performing nasopharyngeal or oropharyngeal collections,” he said in a statement at the time. “We can preserve precious personal protective equipment for use in patient care instead of testing. We can significantly increase the number of people tested each and every day as self-collection of saliva is more quick and scalable than swab collections. All of this combined will have a tremendous impact on testing in New Jersey and across the United States.”

Rutgers did not elaborate on his cause of death.