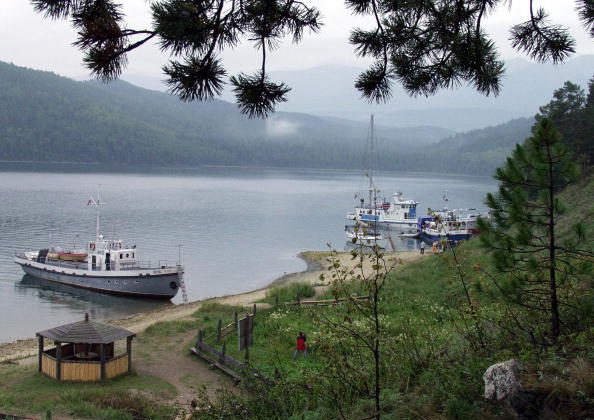 A Chinese water bottling plant being built in Russia is drawing protests from locals who fear its harmful effects on the local ecosystem.

The bottling plant is being built in Slyudyansky District, located in the federal subject of Irkutsk Oblast in southeastern Siberia. Nearby is Lake Baikal, the world’s largest freshwater lake by volume, which will be the source of the bottled water.

According to Russian media, construction is expected to be completed by 2021, with a production capacity of 132 cubic meters (roughly 132,000 liters) of bottled water per day, which will be sold to China. The Russia-based company AquaSib is building the plant. The firm’s main investor is China’s state-run Daqing Water Supply Co., which is based in China’s Heilongjiang Province.

Locals soon drafted an online petition on Change.org, calling for construction of the plant to be stopped. At the time of writing, more than 652,000 people have signed it.

The petition states that the lake is known as a unique ecosystem for migratory birds and other living species. In addition, construction of the plant would mean pipelines for water extraction extending more than 3 kilometers (1.86 miles) over the lake would prevent locals from being able to fish. As a result, the petition points out that the site deserves protection and not industrial construction.

Residents of Kultuk, a village in Slyudyansky District, along with environmental activists from a local organization called Environmental Protection 365, also recently convened a local conference, according to a Feb. 22 article by Russian news agency Agency of Social Information (ASI).

According to ASI, locals fear that upon the completion of the plant, other plants will soon be built, which would cause “irreparable damage to the landscape and waters of Lake Baikal.”

Stanislav Filippov, a local resident, called for a national referendum about the plant. He expressed concern that locals may need to give up their vegetable garden plots because of their proximity to the plant.

China’s shortage of clean drinking water has prompted the country to find water sources outside its borders.

But according to China’s Ministry of Water Resources, in a report published in 2016, 80 percent of the country’s groundwater is unfit for drinking or daily use, due to contamination and pollution from water discharged by industrial plants and farming units.

Aside from the lack of clean drinking water, water shortages have continually plagued the northern Chinese provinces.

Charles Parton, an associate fellow of the London-based think tank Royal United Services Institute and a trustee of the nonprofit organization Chinadialogue, detailed the crisis in a report published in April 2018.

China also relies heavily on coal and nuclear energy for power generation. Thermal power plants that run on both energy sources require large amounts of water—either in the form of steam to power turbines for electricity generation or for cooling purposes.

Even if the SNWTP reaches its operating target of sending 20.9 billion cubic meters of water to the Beijing, Tianjin, and Hebei area, “it would only raise water per capita to around two-thirds of acute water scarcity,” the report said.

The municipal government for Lanzhou City, the capital of Gansu Province, has proposed building a pipeline that would stretch over 600 miles and would deliver water from Lake Baikal to the city, according to a March 2017 Global Times article.