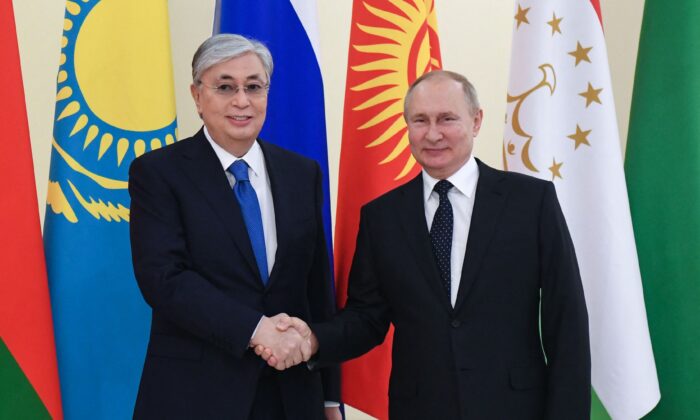 Troops from a Russia-aligned group who flew to Kazakhstan last week following serious unrest in the Central Asian nation will start withdrawing in two days after completing its mission, the president announced on Tuesday.

“The primary mission of the CSTO peacekeeping forces has been successfully completed,” Tokayev said during a session broadcast live on state television.

“The gradual withdrawal of the CSTO peacekeeping contingent will commence in two days,” the president went on to say. “The process of withdrawing the contingent will take no longer than 10 days.”

The mostly Russian troops were deployed to Kazakhstan as the country faced the worst public unrest since the former Soviet nation gained independence around three decades ago.

Tokayev said in his request for aid that military assistance was necessary to help overcome a “terrorist threat.” Thus far, Kazakh police have detained more than 9,000 people in the unrest that has seen 164 people officially killed, the country’s interior ministry reported.

According to unconfirmed reports on social media sites such as Twitter, the actual death toll is much higher, as government forces implemented Tokayev’s order to “shoot to kill, without warning.”

Nationwide protests, which started on Jan. 2 in the city of Zhanaozen in Kazakhstan’s Mangistau region, began in response to an increase in the price cap for propane gas to 120 tenge (27 cents), from 2021’s price of 60 tenge (14 cents).

On Tuesday, Tokayev appointed a new prime minister, Alikhan Smailov, with a view to “developing a government framework for action for 2022 within three weeks.”

Kazakhstan’s government resigned last week in what was seen as one of several concessions aimed at mollifying the protesters, along with a 180-day cap on fuel prices and the ouster of Nursultan Nazarbayev, the country’s former longtime leader, from his influential post as head of the National Security Council.

Nazarbayev stepped down as president in March 2019 after thirty years as the leader but has continued to maintain control over the ruling party Nur Otan until Dec. 2, 2021.

Victoria Kelly-Clark and The Associated Press contributed to this report.